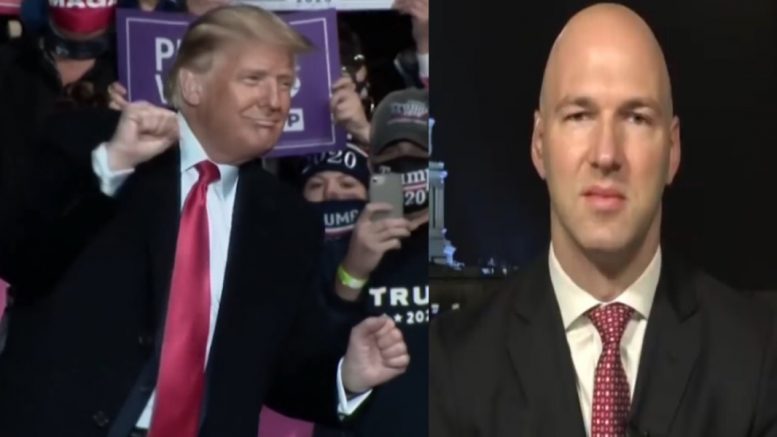 Rep. Anthony Gonzalez (R-OH), who voted to impeach 45th President Donald J. Trump following the January 6th protest at Capitol hill, announced on Thursday that he would not seek reelection next year — becoming the first of ten House Republicans to retire.

The former Commander in Chief issued a statement via email on Friday from his “Save America” PAC, reacting to the Ohio congressman’s retirement announcement, expressing, “1 down, 9 to go!”

In a statement, Gonzalez said, in part, “While my desire to build a fuller family life is at the heart of my decision, it is also true that the current state of our politics, especially many of the toxic dynamics inside our own party, is a significant factor in my decision.”

See my full statement below regarding my decision not to seek re-election. pic.twitter.com/vsggxjD1FI

RINO Congressman Anthony Gonzalez, who has poorly represented his district in the Great State of Ohio, has decided to quit after enduring a tremendous loss of popularity, of which he had little, since his ill-informed and otherwise very stupid impeachment vote against the sitting President of the United States, me.

This is no loss for Ohio or our Country and, most importantly, we have a great candidate who was substantially leading Gonzalez in the polls, Max Miller, who I have given my Complete and Total Endorsement. Max is a tremendous person who will represent Ohio well.

Good riddance to Anthony, he can now get himself a job at ratings-dead CNN or MSDNC!  Continued Below

“1 down, 9 to go!” Trump added in another email statement on Friday, likely referring to the 10 House Republicans who voted to impeach him. Trump was ultimately acquitted in the Senate.

In February, Trump announced his endorsement for Max Miller, his former aide, saying, “Max Miller is a wonderful person who did a great job at the White House and will be a fantastic Congressman. He is a Marine Veteran, a son of Ohio, and a true PATRIOT. Current Rep. Anthony Gonzalez should not be representing the people of the 16th district because he does not represent their interest or their heart. Max Miller has my Complete and Total Endorsement!”

Trump also held a rally in Wellington, Ohio in June to support Miller.

In an interview with the New York Times, Gonzalez described Trump as a “cancer for the country” and recounted receiving threats following his impeachment vote.

In addition to the criticism from Trump, the Ohio Republican Party’s central committee passed a resolution in May calling on Gonzalez to resign, saying that he had “betrayed his constituents” and “knowingly and willfully violated his oath of office.” Continued Below

Despite the vitriol, Gonzalez told the Times that he believed he could have fended off Miller, though he acknowledged the primary fight would have been “brutally hard.” However, as he put it, “the environment is so toxic, especially in our own party right now.”

“You can fight your butt off and win this thing, but are you really going to be happy?” Gonzalez said. “And the answer is, probably not.”

Gonzalez also told the Times, he will spend his time out of office fighting to weaken Trump’s hold on the GOP. “I don’t believe he can ever be president again,” he said of the former president. “Most of my political energy will be spent working on that exact goal.” 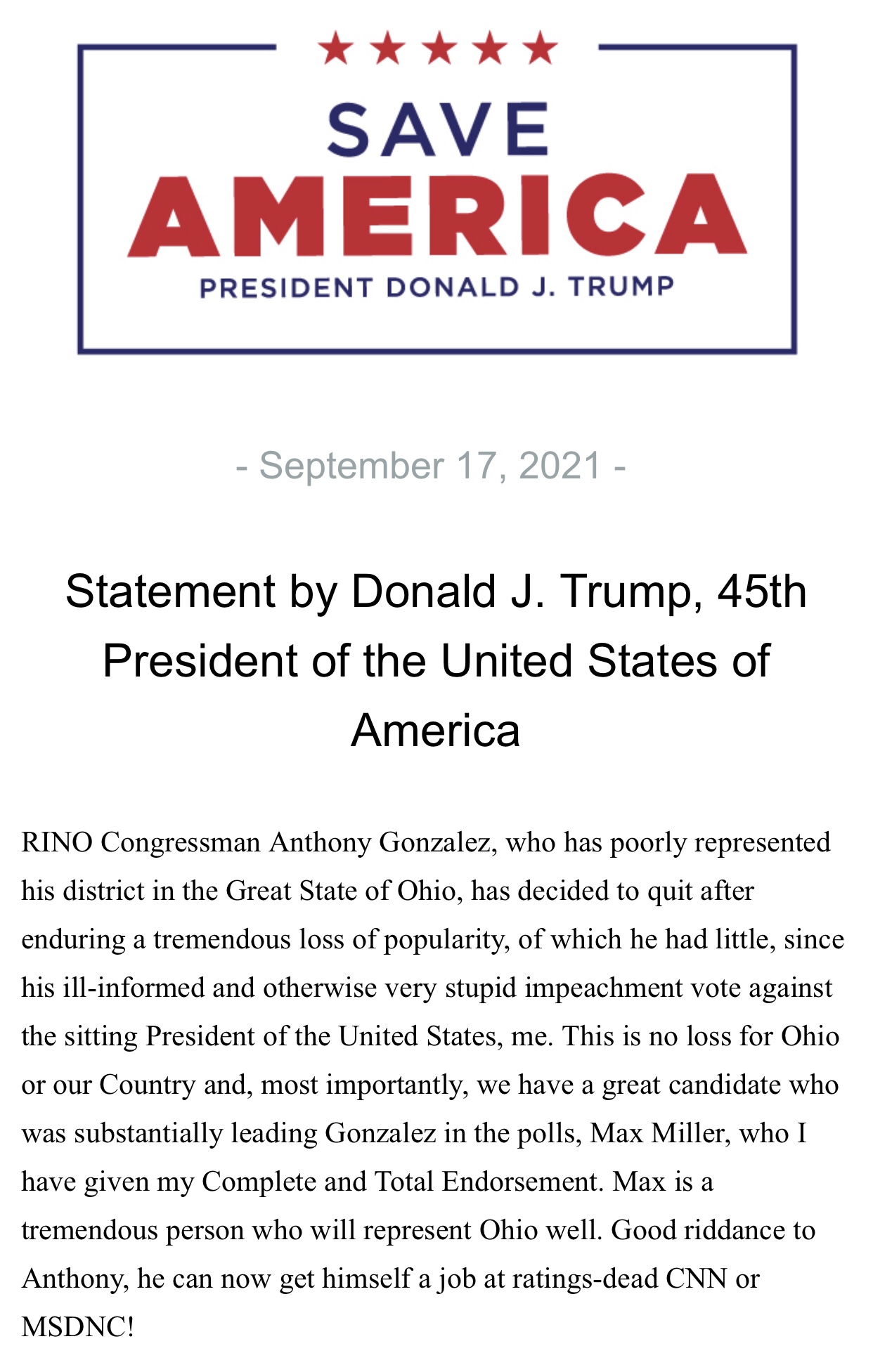 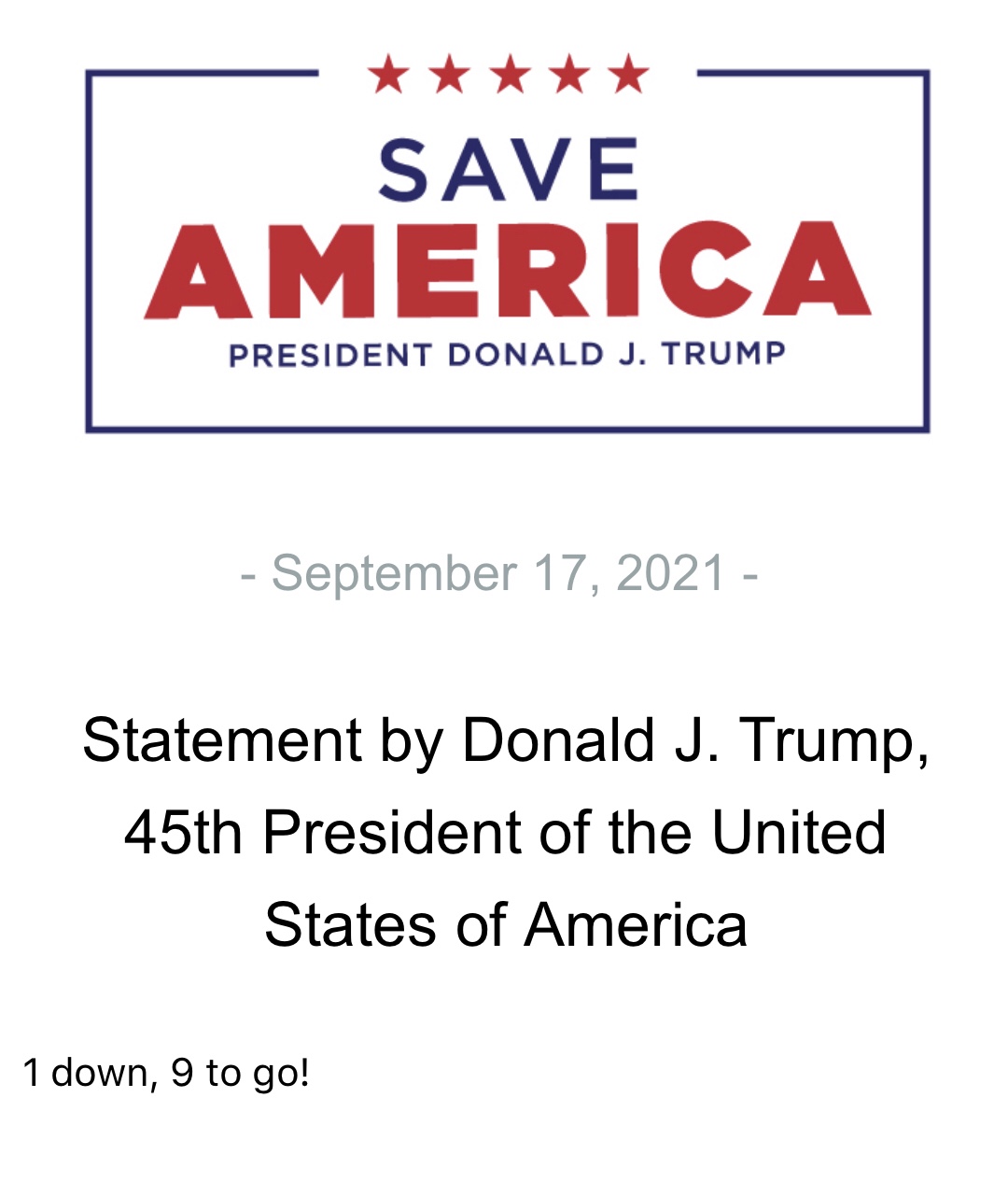