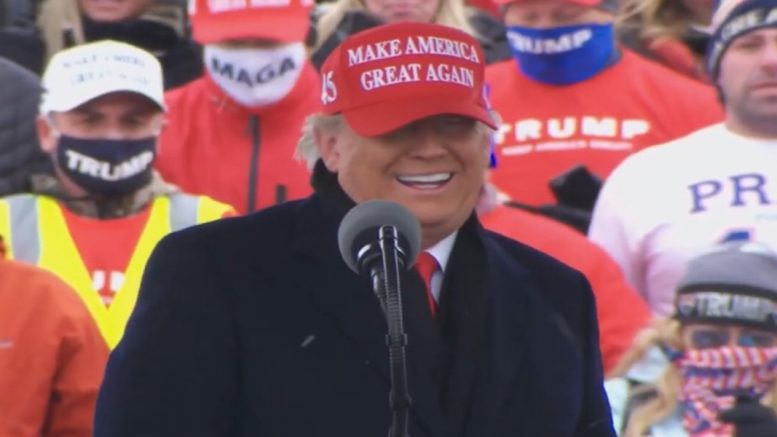 The 45th Commander in Chief announced on Wednesday via email from his “Save America” PAC that he will be holding his first post-presidential rally, just days before he is expected to visit the U.S.-Mexico border.

“President Donald J. Trump, 45th President of the United States of America, will hold a major rally in Wellington, Ohio on Saturday, June 26, 2021 at 7:00PM EDT,” the statement read.

“This Save America rally marks President Trump’s first of many appearances in support of candidates and causes that further the MAGA agenda and accomplishments of President Trump’s administration,” the statement said.

The statement noted that the rally was being held to support Max Miller, who President Trump has endorsed for election in Ohio’s 16th Congressional District.

“Miller, the former Trump aide mounting a primary challenge to Ohio Republican Rep. Anthony Gonzalez, raised more than $500,000 in approximately the first month of his campaign,” Fox News reported on April 1. “Miller announced his campaign against Gonzalez after the incumbent joined 10 other Republicans to vote to impeach former President Donald Trump” over the January 6 riot at the U.S. Capitol.

In February, Trump announced his endorsement for Max Miller, his former aide, saying, “Max Miller is a wonderful person who did a great job at the White House and will be a fantastic Congressman. He is a Marine Veteran, a son of Ohio, and a true PATRIOT. Current Rep. Anthony Gonzalez should not be representing the people of the 16th district because he does not represent their interest or their heart. Max Miller has my Complete and Total Endorsement!” Continued Below 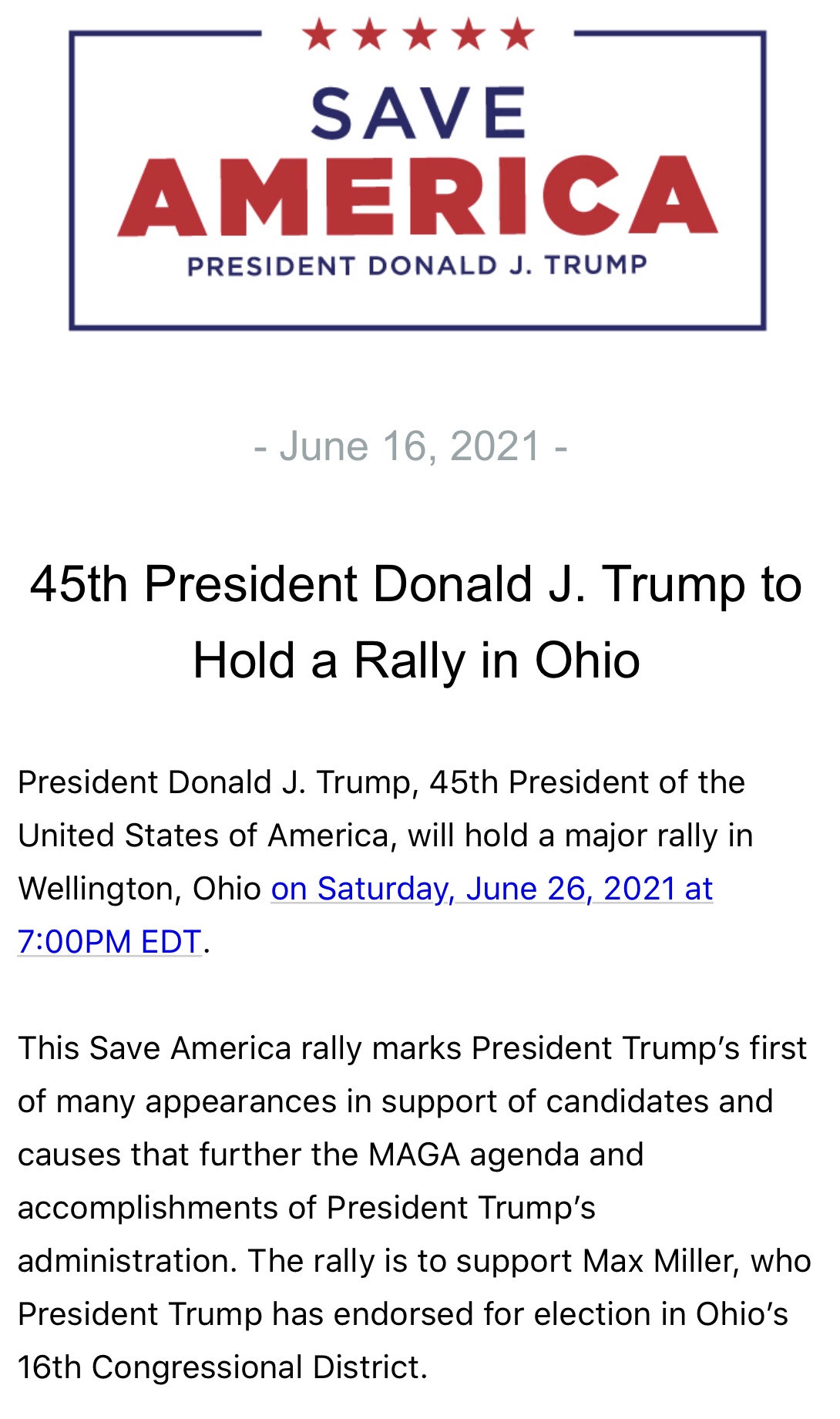 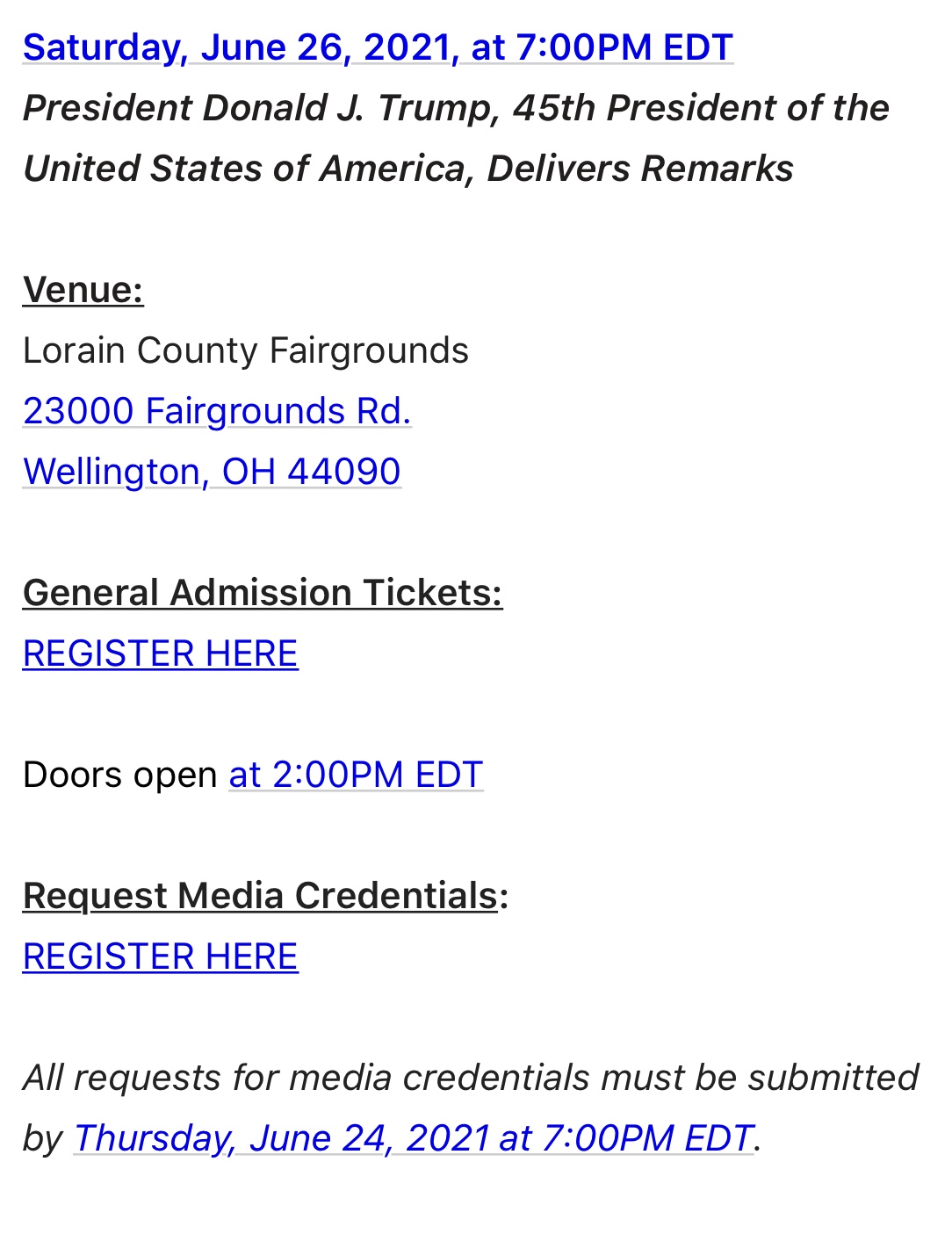 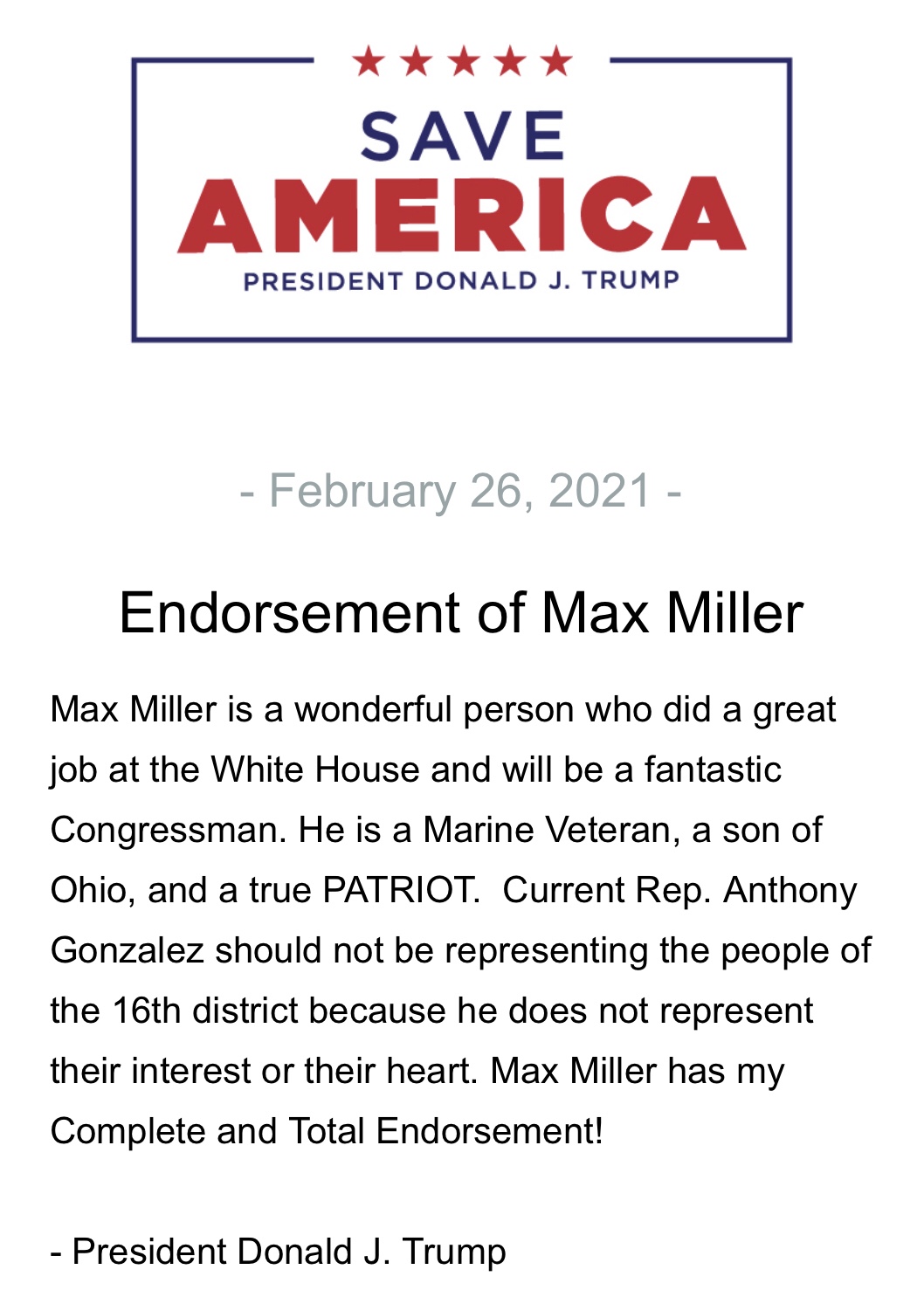