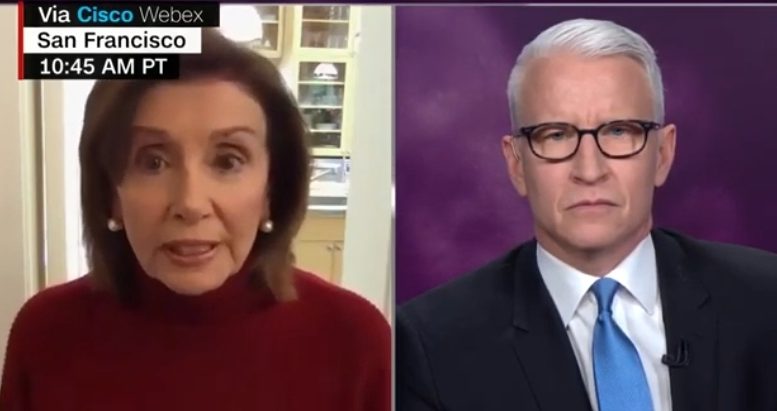 House Speaker Nancy Pelosi is stern in her efforts to include resources for vote-by-mail in the 4th coronavirus stimulus package that she is already pushing ahead to craft.

Pelosi touched on the subject while appearing for an interview with CNN’s Anderson Cooper on Tuesday.

Cooper asked, “In this new relief package, are you going to push for guarantees about being able to vote from home — to improve that system for the upcoming general election?”

Pelosi confirmed that she would be seeking more resources for a “vote-by-mail” system and she claimed that the recently-passed 3rd stimulus package was only an “interim package that Secretary Mnuchin was just suggesting.”

In regards to vote-by-mail funding in the 4th stimulus bill, Pelosi said, “Yes, we want the resources to be there and no obstacles to that voting to take place.”

Also in her interview, Pelosi conveyed that she wants conditions on new funding for small business loans under the paycheck protection program that was designed under the 3rd stimulus package and has, so far, been a success.

In ending, here is video of Fox News host Bill Hemmer discussing what a “big deal” the paycheck protection program is to the U.S. economy.