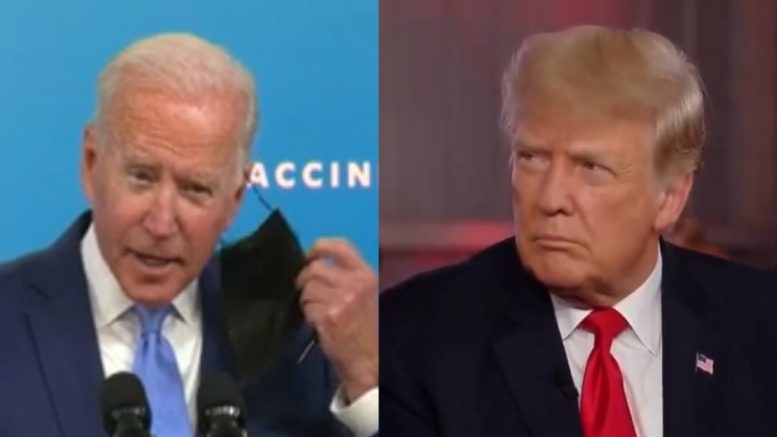 45th President Donald J. Trump issued a pair of statements on Sunday and Monday via email from “Save America” PAC, ripping the Biden administration’s withdrawal strategy in Afghanistan, saying that Joe Biden’s primary error was drawing down troops before pulling out civilians and military equipment.

Trump, who supported a withdrawal of troops from Afghanistan and oversaw a deal with the Taliban to ensure a military exit by May 1, has said that a military drawdown under his leadership would have been based on conditions.

“Joe Biden gave our enemies all around the World a great and lasting victory when he unexpectedly and inexplicably removed our great soldiers from Afghanistan before taking out our U.S. citizens and allies, along with abandoning many billions of dollars of highest-grade Military equipment,” President Trump said in a Sunday statement.

“Leaving our Military till the end was such a simple decision that anyone with intelligence and common sense would have made, but he called it wrong and instantly created perhaps the greatest embarrassment for our Country in its history—and it is far from over!” he added.

In another statement issued on Monday, the 45th President said, “Biden’s biggest mistake was not understanding that the Military has to be last out the door, not first out the door”.

“Civilians and equipment go first and then, when everyone and everything is out, the Military goes. So simple, and yet it wasn’t done. Tragic!” he expressed. Continued Below

Since the fall of the United States-backed Afghan government on Aug. 15 and the dispersion of its military, the Taliban have taken possession of a significant amount of arms and equipment that had been provided by the U.S. to the Afghan National Security Force, including upward of 2,000 armored vehicles, as well as rifles and aircraft.

Meanwhile, the Pentagon said Sunday that 17,000 people were evacuated from Afghanistan in the preceding week, including at least 2,500 U.S. citizens. However, thousands more remain in need of evacuation as the Taliban assert there will be “consequences” if U.S. troops remain beyond Biden’s Aug. 31 withdrawal deadline. Continued Below

During her opening statement on “Justice” Saturday evening, Fox News’ Judge Jeanine Pirro unloaded on 78-year-old Joe Biden over his mishandling of Afghanistan, calling him an “ungrateful, tone-deaf, taxpayer-funded, career politician” and recommending that Biden “should not only be impeached as commander in chief”, but also, “court martialed”.

"Mark this day as the day the U.S.A. officially fell from grace as the world’s super power due to the ineptitude, the incompetence and the dereliction of duty by a so-called “commander-in-chief” – Judge Jeanine’s powerful #OpeningStatement on Biden’s mishandling of Afghanistan pic.twitter.com/inyY1qhe5C 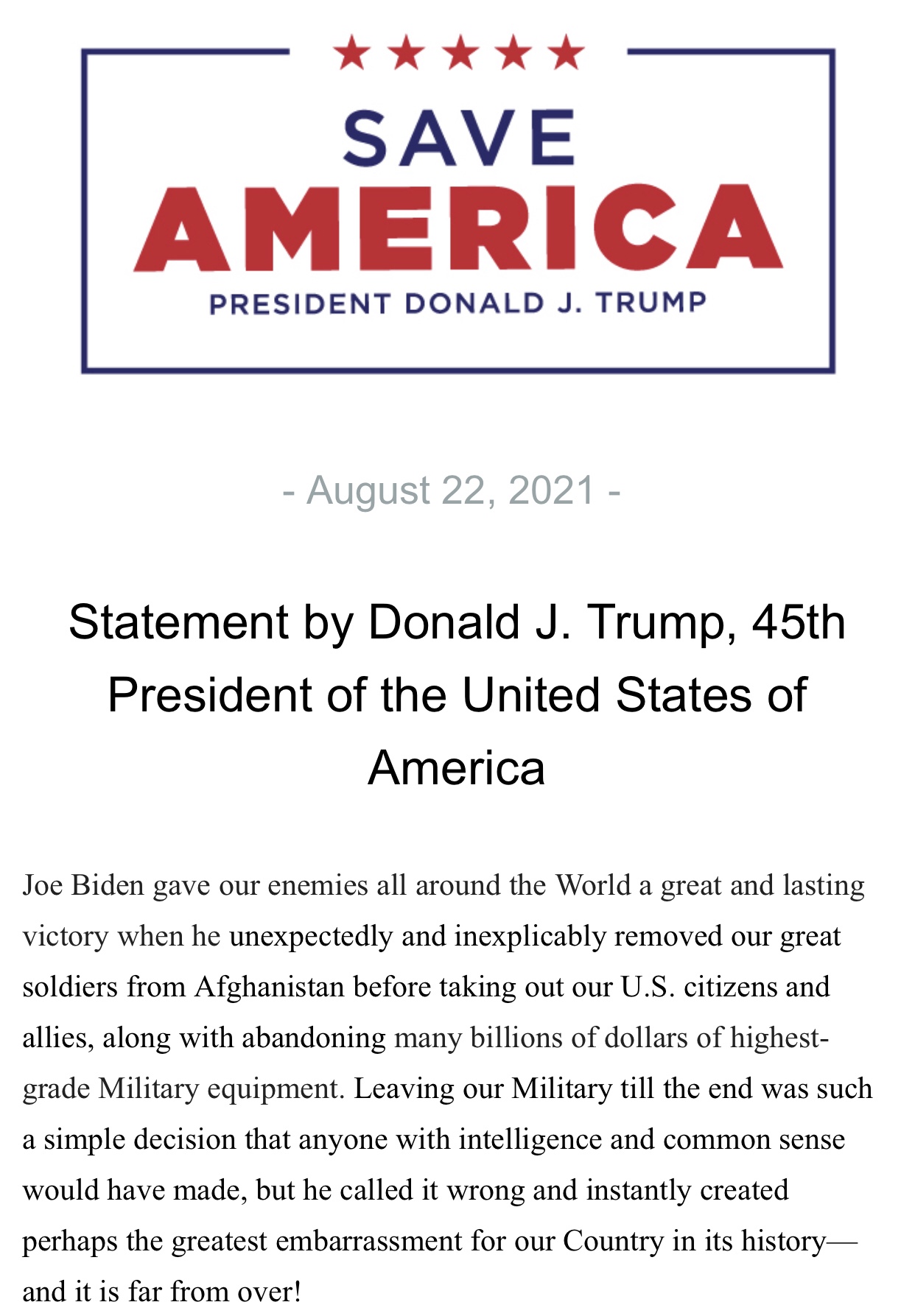 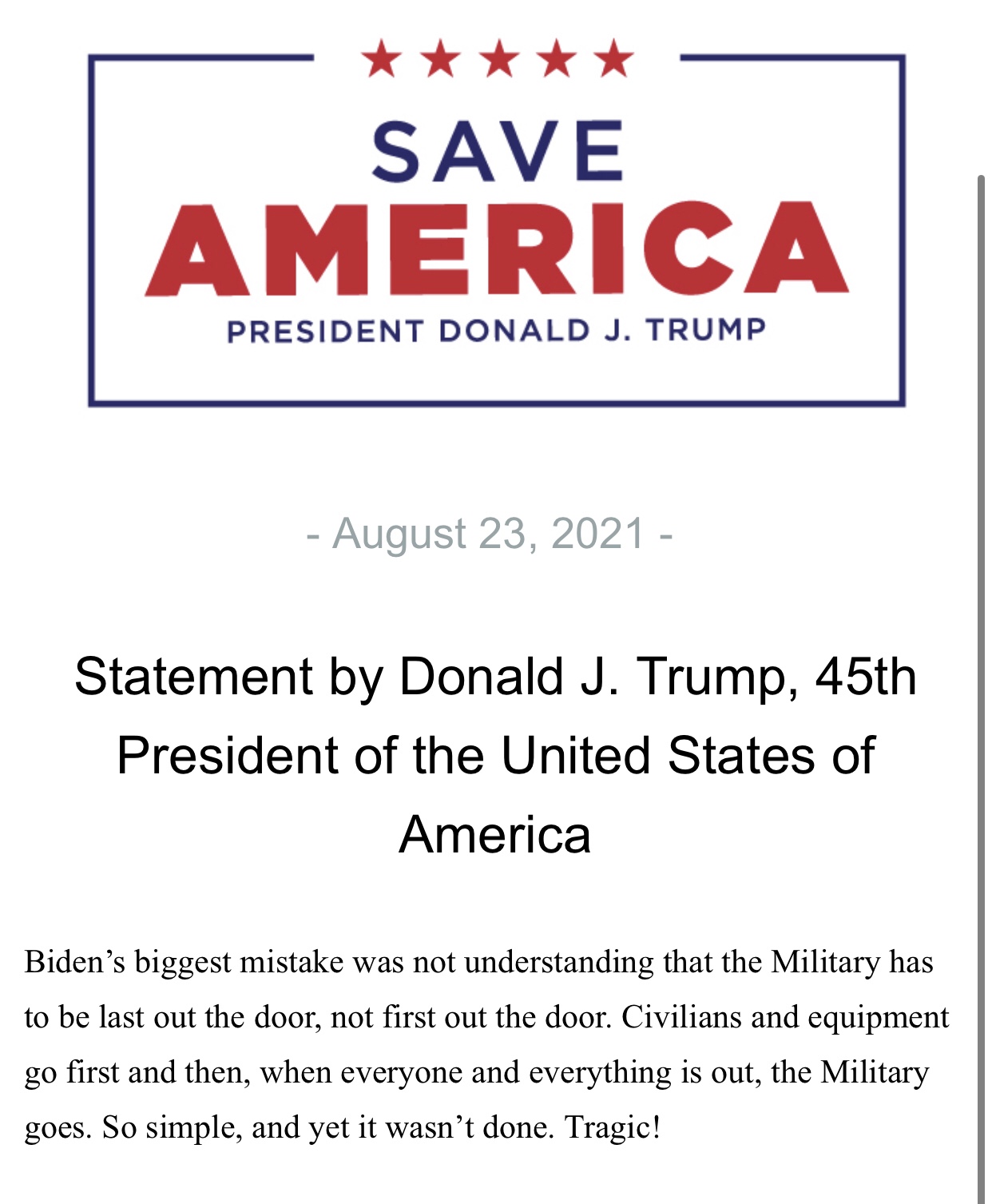 Jon Karl: “Why Did You Lie To The America People & Why Should We Trust What You Have To Say Now?”