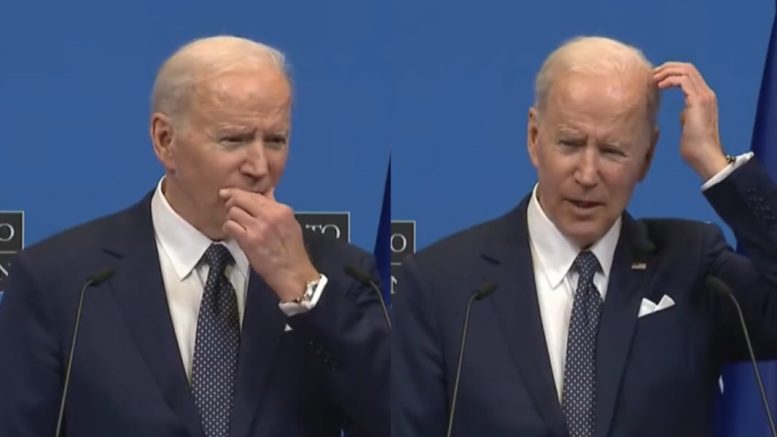 79-year-old Joe Biden, during a trip to Europe, held a press conference in Brussels on Thursday and said “food shortages are gonna be real”.

While taking questions from reporters over food concerns, specifically wheat shortages, Biden alleged the sanctions imposed on Russia will be the cause of food insecurity globally.

“Can you say whether there’s the conversation is a turn to the subject of food shortages and what the US will do to address wheat shortages in particular, as a result of this?” a reporter asked Biden.

“And because both Russia and Ukraine have been the breadbasket of Europe in terms of wheat, for example, just give you one example. But we had a long discussion in the G7 with the … with both the United States, which has a significant third-largest producer of wheat in the world, as well as Canada, which is also a major, major producer,” Biden said.

“And we both talked about how we could increase and disseminate more rapidly, food shortages. In addition to that, we talked about urging all European countries and everyone else end trade restrictions on sending, limitations on sending food abroad. And so we are in the process of working out with our European friends, what it would be, what it would take to help alleviate the concerns relative to food shortages,” he claimed. Video Below