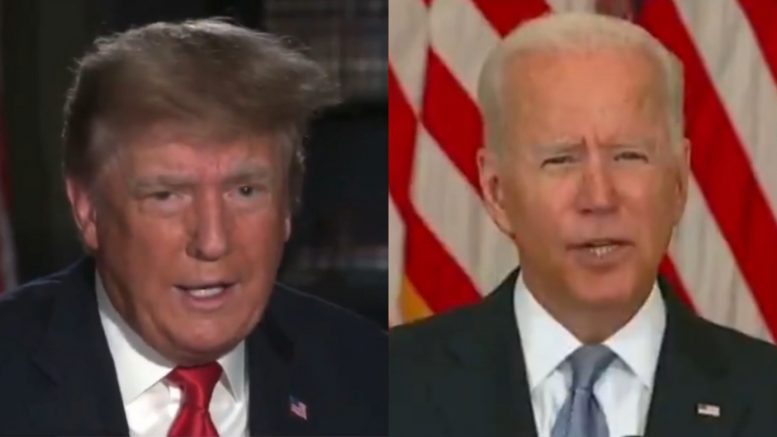 Appearing on Tuesday’s airing of Hannity, 45th President Donald Trump hinted at running in 2024, while declaring Joe Biden’s handling of the situation in Afghanistan is “the greatest embarassment” in American history.

“Nobody has ever handled a withdrawal worse than Joe Biden,” Trump said after revealing how he planned on withdrawing troops from Afghanistan. “This is the greatest embarrassment, I believe, in the history of our country.”

Asked if he plans to run for President in 2024, Trump said he wasn’t able to answer the question directly due to campaign finance laws, but assured Hannity, “I think you’ll be happy.”

President Trump says since the campaign finance laws are extremely complicated and unbelievably stupid he can’t say whether or not he’s going to run in 2024 but he thinks the American people will be happy. pic.twitter.com/4D5xEPcVnm