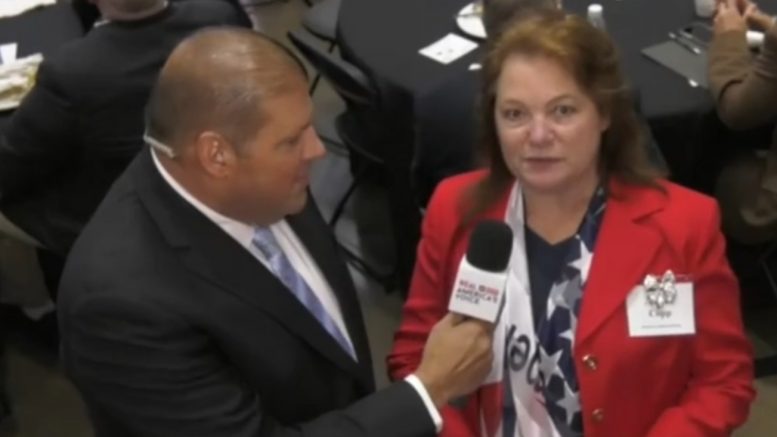 State Rep. Ann Copp cited evidence of alleged voter fraud that was presented at the symposium as part of the reason for why she is resigning from her post so that she can focus on being a “law and order patriot.”

Related Article: Fredericks To Bennett On AZ Audit: “Do You Have The Packet Captures From These Dominion Machines?”

Asked if she saw “anything” at the event that justifies why she is resigning, Copp replied, “Absolutely, I recorded a video of the voter fraud and as it happened live. It wasn’t really a simulation. It was actual data and single servers being used to show the people the packet transfers.”

“I’m in IT, so I understand IP addresses, DHCP servers and the packet travel,” she added.

Rep. Copp went on to slam “feckless, phony Republican legislators who have no will or the backbone” to push for audits in their state after all of the information that has come forward thus far. Video Below

In ending, here is a video presented by Lindell at his cyber symposium that proclaims to show How, why and who stole the 2020 election.