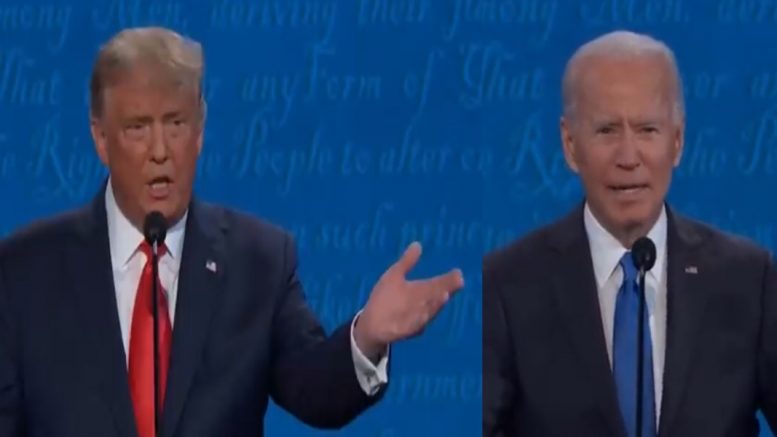 45th President Donald J. Trump issued a statement via email on Thursday, calling out 78-year-old Joe Biden’s handling of the U.S. military withdrawal from Afghanistan and suggested that had he been commander in chief, the insurgent Taliban would be behaving much differently.

Mr. Trump — who during his time in office authorized direct diplomatic negotiations with the Taliban that culminated in a February 2020 U.S. military withdrawal agreement — said President Biden‘s decision to proceed with the U.S. exit despite escalating Taliban violence is a mistake. The radical Islamist group has scored stunning battlefield victories in recent weeks, even as American and allied troops are completing their withdrawal from the conflict and leaving the fight largely to the beleaguered government in Kabul, Washington Times reported.

Had our 2020 Presidential Election not been rigged, and if I were now President, the world would find that our withdrawal from Afghanistan would be a conditions-based withdrawal.

I personally had discussions with top Taliban leaders whereby they understood what they are doing now would not have been acceptable. It would have been a much different and much more successful withdrawal, and the Taliban understood that better than anyone.

What is going on now is not acceptable. It should have been done much better. Continued Below

As reported by the Washington Times:

The Taliban on Thursday seized the city of Ghazni, marking the 10th provincial capital now in the hands of the insurgents. Located fewer than 100 miles from Kabul, the Taliban‘s takeover of Ghazni is a significant strategic victory for the group and suggests that it is preparing for an eventual assault on the capital.

U.S. intelligence officials reportedly warned this week that Kabul could fall within just a few months, in what would be a nightmare scenario for both the Biden administration and the Afghan government. Continued Below

As the insurgents gain more ground, the White House has refused to reverse course militarily but is publicly warning the group that it will face international isolation if it seizes the country through violence. “The Taliban also has to make an assessment about what they want their role to be in the international community,” White House press secretary Jen Psaki said Wednesday.

Foreign policy analysts generally agree that the Taliban intends to continue its violent offensive in order to gain even more leverage during negotiations with the Afghan government.

The framework for those talks was established under the February 2020 deal overseen by Mr. Trump, then-Secretary of State Mike Pompeo, and Mr. Khalilzad. The deal called for the eventual withdrawal of all U.S. troops from Afghanistan in exchange for security guarantees from the Taliban. Specifically, the group said it would reduce violence and break ties with terrorist groups such as al Qaeda.

But the Taliban has failed to follow through on many of its promises. Taliban attacks increased steadily throughout 2020 and early 2021 before culminating in the nationwide offensive seen over the past several weeks. And recent U.S. and United Nations assessments have concluded that the Taliban maintain a close relationship with al Qaeda. Continued Below

Mr. Biden proceeded with the U.S. withdrawal despite clear signs the Taliban was not living up to the agreement, announcing this spring that some 3.500 American combat troops would be out of the country by Sept. 11.

The U.S. military will help evacuate Americans from the embassy in Kabul as the security situation deteriorates across Afghanistan, two officials confirmed Thursday to Fox News.

Earlier today, Afghanistan’s third largest city, Herat, located on the border with Iran, fell to the Taliban. The Taliban have also claimed to have seized Kandahar City, the country’s second-largest and the Taliban’s spiritual home. With no U.S. military forces on the ground and very little assets overhead, the Pentagon cannot confirm Kandahar has fallen but officials acknowledge “it doesn’t look good.”

U.S. military officers at the Pentagon tell Fox News the images of the Taliban taking over Afghanistan are “demoralizing”.

“This is all melting down in a short period of time,” one U.S. military officer described what is happening right now in Afghanistan.