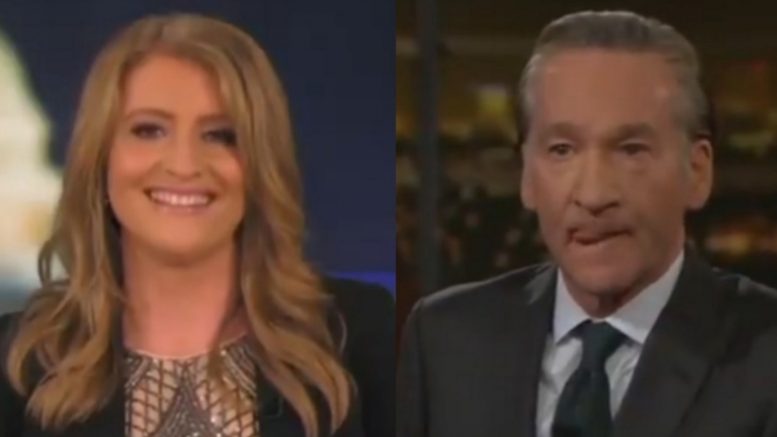 Maher mentioned how China, among other world leaders, has congratulated Joe Biden since he was projected by mainstream media sources as being the winner of the election, and he questioned why Trump’s campaign can’t accept that this was a “free and fair election.”

“The strong man of Turkey, the Pope, China now congratulating Biden — why have so many people come over to this idea that, ‘Okay, America had a free and fair election We’re congratulating the new guy. That’s the way it works. You win some, you lose some.’ Why?” Maher questioned.

“Well, China is definitely congratulating Joe Biden because they know they can control him,” Ellis replied. “Beijing Biden is obviously something that needs looked into.”

Maher cut in and admitted, “Oh, I walked right into that one, didn’t I?” as the crowd laughed.

Ellis agreed, “Yea, you really did. So, China congratulating Biden is not a really good thing.”

“But, we have always had contested elections through the legal channels, through recounts, and just because we have the Pope of somebody on media who is congratulating Joe Biden, no states have yet certified their results. And that’s all that we’re asking is to make sure that the results that are certified are the legitimate count, and I think that that is absolutely fair and every American should agree to that just like Al Gore as the Democrat candidate did in 2000,” she concluded. Video Below

LOL @JennaEllisEsq owning Bill Maher on his own show. pic.twitter.com/Fu7Z3i0D4A

While Stumping In Cleveland, Sen. Harris Gets Caught On The Hot Mic Asking ‘Are We In Cleveland?’