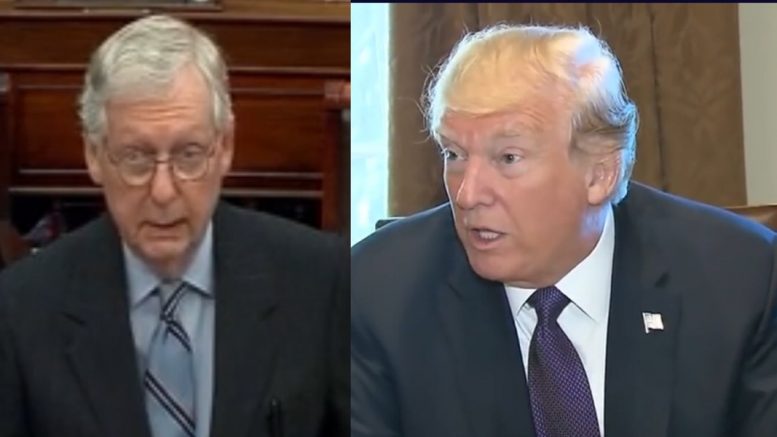 45th President Donald J. Trump issued a statement via email from his “Save America” PAC Tuesday morning ahead of the Senate voting on the $1 trillion infrastructure spending bill, ripping Senate Minority Leader Mitch McConnell (R-KY) as “the most overrated man in politics” due to “working so hard to give Biden a victory”.

The Senate ultimately passed the infrastructure bill on Tuesday — with 19 Republicans — including Senate Minority Leader Mitch McConnell (R-KY) – joining all Democrats to approve the package. The vote was 69-30.

Nobody will ever understand why Mitch McConnell allowed this non-infrastructure bill to be passed. He has given up all of his leverage for the big whopper of a bill that will follow.

I have quietly said for years that Mitch McConnell is the most overrated man in politics—now I don’t have to be quiet anymore.

He is working so hard to give Biden a victory, now they’ll go for the big one, including the biggest tax increases in the history of our Country.

This second spending plan is spearheaded by Sen. Bernie Sanders, I-Vt., the chairman of the budget committee. Republicans made clear Tuesday they’ll make it politically painful for Democrats to pass this second bill, which will not require any GOP support under a process called budget reconciliation, Fox News reported.

19 Republicans joined all 50 Democrats to pass the bill: 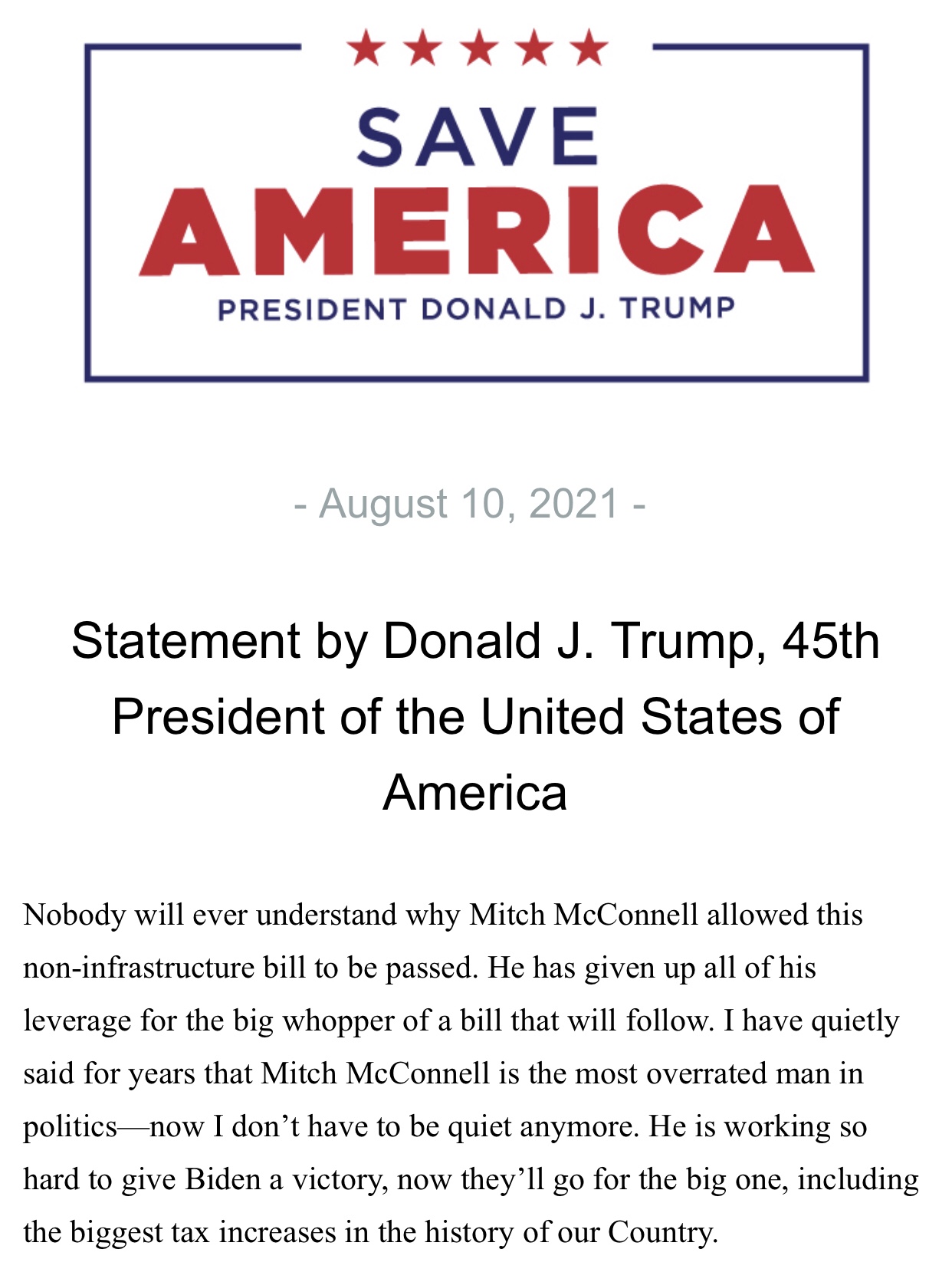