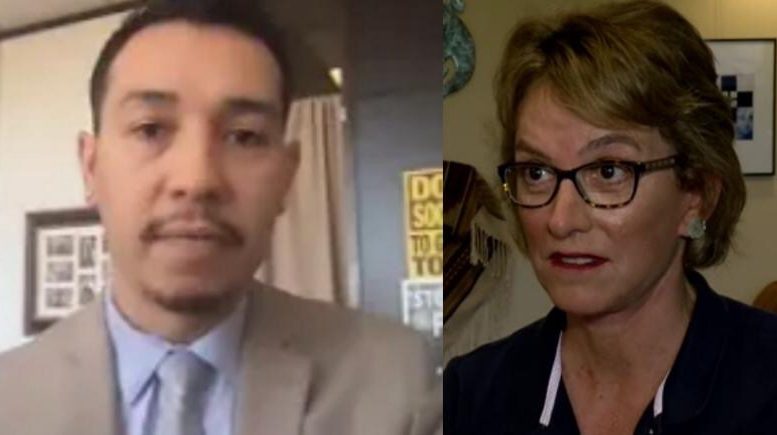 Arizona Democrat State Senator Tony Navarrete has resigned after he was arrested over accusations of repeatedly molesting two teenage boys.

Navarrete, who was considered a rising star within the Arizona Democrat party and founded his party’s LGBTQ Caucus, resigned from his position within the Arizona legislature on Tuesday afternoon in an email to Senate President Karen Fann, National File reported.

According to court documents released late Friday afternoon, on Aug. 4, a 16-year-old boy told detectives during the first incident, Navarrete put his hand down the victim’s pants and touched him inappropriately and that Navarrete would go on to do this several times. The victim said this happened to him more than five times. Navarrete also reportedly touched the victim’s 13-year-old brother’s upper leg, who had to hit his hand away, documents state.

The victim told investigators he suffers from anxiety and anger issues stemming from the abuse. On Aug. 5, during an audio and video recording between the victim and Navarrete, the teen asked Navarrete if he regretted touching him.

Senate President Karen Fann (R) and Democrat Senate Leader Rebecca Rios announced his resignation in a joint statement, saying that it was the “right thing to do” giving the serious nature of the allegations.

“We know that the Arizona Judicial Branch will deliver justice and pray for healing and support for all victims,” the statement read.

In 2016, Navarrete was first elected to the state House of Representatives and represented District 30. Two years later, voters elected him to the state Senate for District 30. He was re-elected in 2020, as reported by AZ Family. Continued Below

Many Arizona politicians had called on Navarrete to resign from both sides of the isle. State Senator Wendy Rogers (R), retired Lt. Col. USAF pilot, said he must resign “ASAP,” and children must be protected “from evil like this”.

I concur with Governor @dougducey. Resign ASAP. We must protect our children from evil like this. https://t.co/Gmv33q8357

Isn't one of these guys the senator who was just arrested and "faces multiple counts of sexual conduct with a minor, among other charges". How about we stop talking about the bedroom all of the time or better yet, just be moral? Thoughts?https://t.co/WR6zTL5ujA

Sen. Rogers also reacted on Tuesday after Navarette resigned from the Senate.

“I am glad that former senator Navarette has resigned from the prestigious Arizona Senate. We do not tolerate that kind of despicable behavior & I pray for those who were affected by why he did. We must have basic moral & legal standards & hold people accountable. #ProtectOurKids” she wrote.

I am glad that former senator Navarette has resigned from the prestigious Arizona Senate. We do not tolerate that kind of despicable behavior & I pray for those who were affected by why he did. We must have basic moral & legal standards & hold people accountable. #ProtectOurKids

We are going to double down on the creeps next session!!! https://t.co/PlS87OLRbE