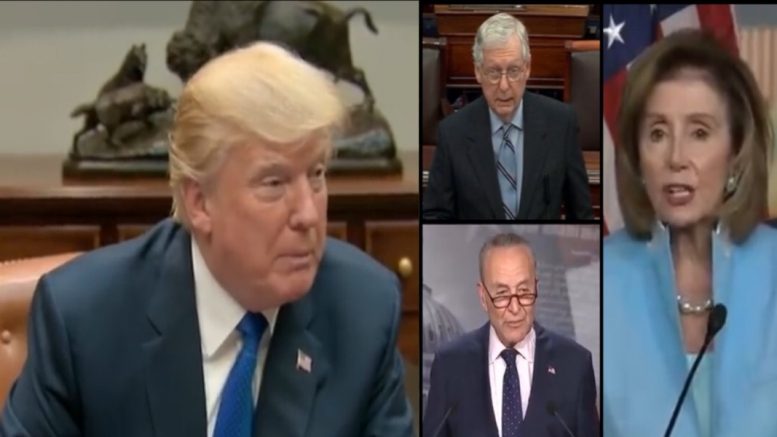 45th President Donald J. Trump issued a statement via email from his “Save America” PAC on Wednesday regarding the infrastructure bill passed in the Senate on Tuesday, saying the bill  “will be known as the$3.5 trillion Communist Plan to Destroy America”.

The Senate passed the infrastructure bill — with 19 Republicans — including Senate Minority Leader Mitch McConnell (R-KY) – joining all Democrats to approve the package. The vote was 69-30, as previously reported by The Freedom Times.

Good morning, America! While you were all sleeping, the Radical Democrats advanced a plan that will be known as the $3.5 trillion Communist Plan to Destroy America.

This legislation is an assault on our Nation, on our communities, and on the American Dream.

It destroys our Borders and the rule of law by granting dangerous amnesty that will flood America’s beautiful cities. It will overwhelm our schools, and make our Nation less safe. It raises taxes like we have never seen, while also making many things you buy everyday more expensive (gas, groceries, and much more). And don’t forget the crazy Green New Deal.

America, you are being robbed in the dark of night. It’s time to wake up! Continued Below

This second spending plan is spearheaded by Sen. Bernie Sanders, I-Vt., the chairman of the budget committee. Republicans made clear Tuesday they’ll make it politically painful for Democrats to pass this second bill, which will not require any GOP support under a process called budget reconciliation, Fox News reported. Continued Below 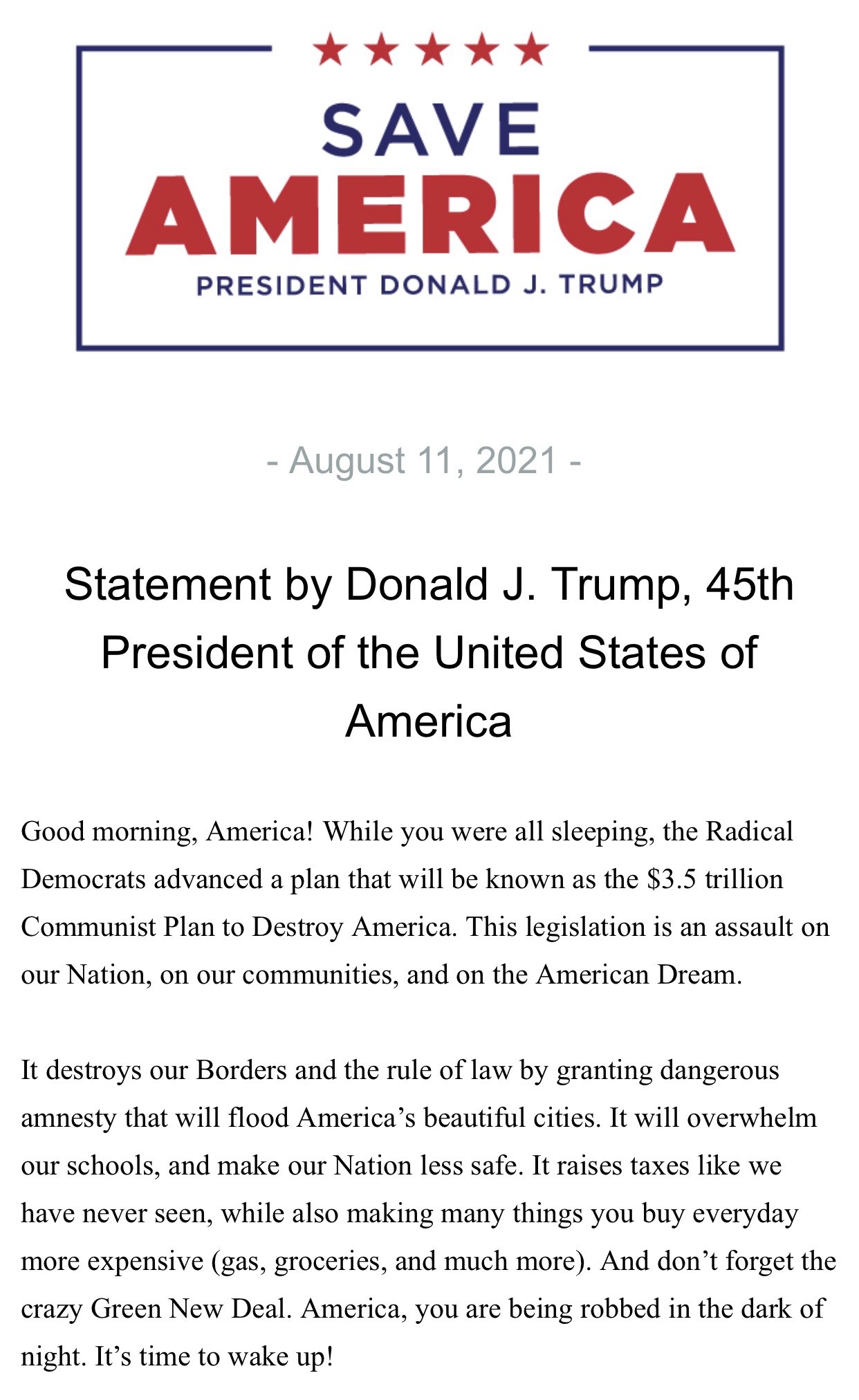