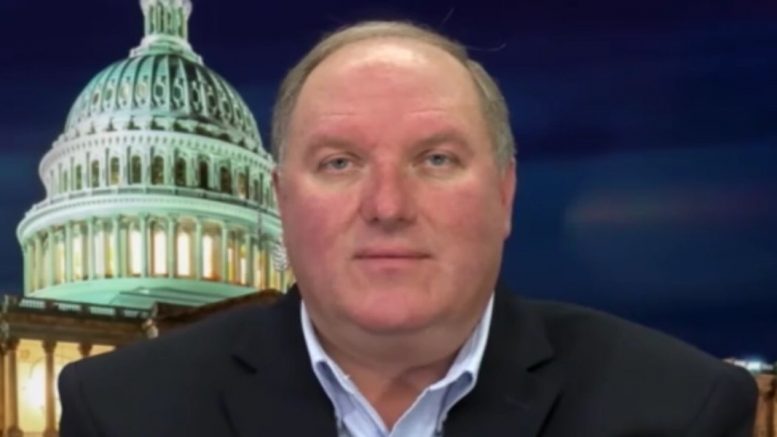 Records obtained by Just the News provide an unprecedented glimpse into human adjudication of thousands of ballots, where marks for candidates like Donald Trump were sometimes removed so ballots could count for Joe Biden.

A Dominion Voting machine had rejected the ballot on election night because the voter had filled in boxes for both Trump and his Democratic opponent Joe Biden, an error known as an “overvote.” The machine determined neither candidate should get a tally, and the ballot was referred for human review, Just the News reported.

Investigate reporter John Solomon, during an interview Monday on “War Room”, explained how the manually entered ballots were uncovered in Georgia.

“Pretty remarkable thing known as adjudication; humans making decisions, altering ballots, the day after the election to try and count as many ballots as possible,” Solomon said.

Asked how prevalent his findings of the adjudication is and why is it just coming out now, Mr. Solomon replied, “Because it took that long to get Fulton County to give up these records. We got these under a Freedom of Information Act (FOIA) request.”

“The county dragged its feet and really didn’t want to give us the records. We got them–about 3% of all the paper ballots were counted in Fulton County: 140,000 paper ballots. About 3% or 5,000 of them were rejected by machines. They had to go to humans. What you find is that there is no standard by the humans. Sometimes they count a vote, sometimes they don’t,” he explained. Continued Below

“Let’s keep on mind when they’re doing this. They’re not doing this on election night when they don’t know who’s winning or losing. They’re doing it the day after when they know Donald Trump’s lead is shrinking. And so, if they had a political bias, picking Joe Biden over Donald Trump on a ballot where both names are checked, could be a temptation for them,” he asserted.

“Normally spoiled ballots where people made in error, aren’t supposed to be counted,” Solomon explained. Video Below

Asked where his investigation is going to head from here, Mr. Solomon said, “We’re gonna go to Maricopa County where we are now told there are 27,000 of the same type of ballots–double voted ballots that had to be human adjudicated.”

President Donald Trump’s spokesperson, Liz Harrington tweeted, “3% of paper ballots in Fulton Co. went through this Rigged system. And this happened AFTER they knew how many votes they needed to make up!”

"Pretty remarkable thing known as adjudication…altering ballots the day after the Election to try to count as many ballots as possible."

3% of paper ballots in Fulton Co. went through this Rigged system. And this happened AFTER they knew how many votes they needed to make up! pic.twitter.com/InNNiWnXvu