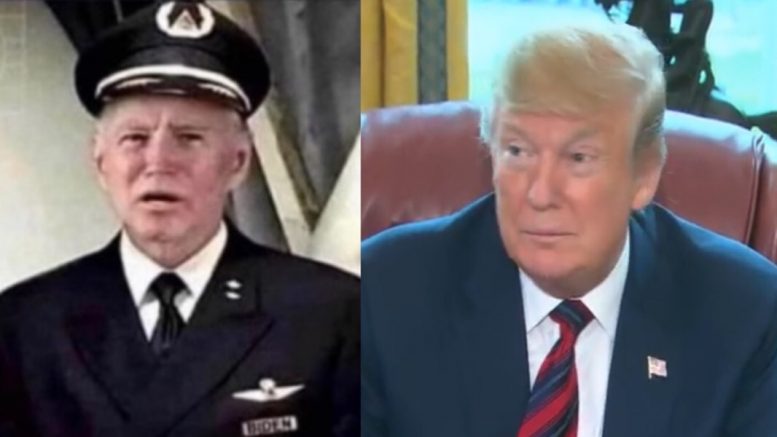 45th President Donald J. Trump trolled 79-year-old Joe Biden with a meme and one burning “quick question” in an email statement from his “Save America” PAC on Wednesday.

The meme shared by Trump portrayed Biden as a airplane pilot, and it read: “I have a quick question….. If this was the pilot, would you get on the airplane”?

Trump responded to the meme and said in his statement, “I wouldn’t”.

It’s not immediately clear what prompted the 45th President to send out the comical meme to his supporters, however, Trump is known for trolling his critics.

While campaigning in 2020, Trump played the following video mocking Biden during a rally in Grand Rapids, Michigan, just before the election: