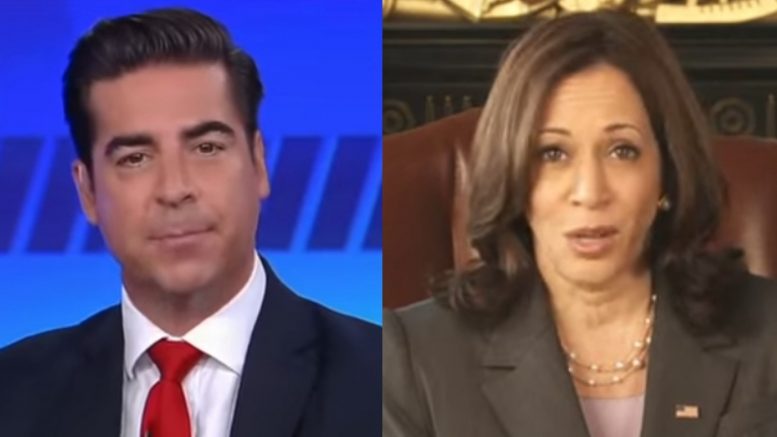 Fox News host Jesse Watters likened Kamala Harris to a ‘wounded animal’ over her handling of the crisis at the border since being named “border czar” by Joe Biden.

Watters made the comparison while weighing in on news of a “crisis dinner” that reportedly was held by top allies of Harris over fears that Kamala’s poor polling could trickle down and hurt Democrats in the midterm elections next fall.

Appearing on Friday’s airing of The Five, Jesse stated as follows:

The smartest thing Biden did was make Kamala the czar of the border. Now we’re talking about Kamala instead of Joe, and that was exactly what the strategy was.

So, she’s a wounded animal obviously cause the border is in crisis. And so all of the top women in the Democratic Party went over to a swanky swaray in Georgetown and then they leaked it. They leaked that this was a crisis — that this was urgent. And then they kind of characterized themselves as this big group of powerful operatives that are going to save Kamala [Harris] from the sexist media.

And it’s also a warning shot to the media if you cover her negatively we’re going to smear you and attack you as a sexist.

You know how she solves the problem? Just dona good job on the border. Solves everything. No one is gonna call you names. They’re gonna say, ‘Hey, you did a good job.’ Video Below

John Daly Pushes Back Against Calls To Move The Masters Out Of GA: “Sometimes We Gotta Stand Up For What’s Right”