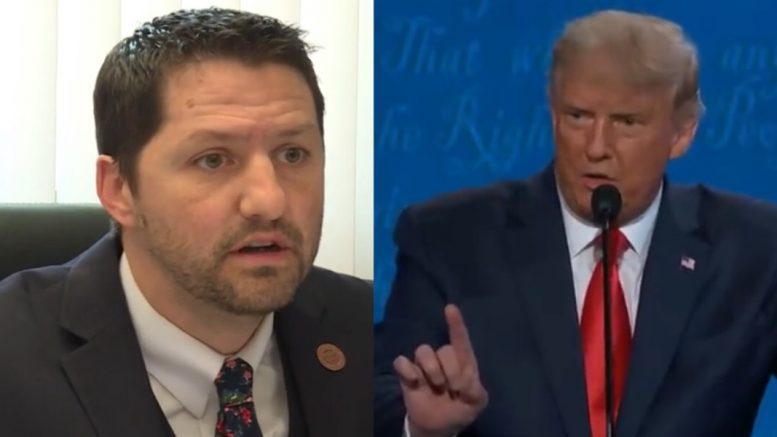 45th President Donald J. Trump issued a statement via email from his “Save America” PAC Thursday, calling out “RINO” Arizona State Senator Paul Boyer (R) for “doing everything in his power to hold up the damning Forensic Audit of Maricopa County”.

Moreover, Boyer’s lengthy Twitter history reveals that he has been a staunch “NeverTrump” activist since 2015, National File noted.

Republican Arizona State Senator Paul Boyer, a RINO if there ever was one, is doing everything in his power to hold up the damning Forensic Audit of Maricopa County which has been taking place over the last 90 days. The people of Arizona are demanding it.

Boyer has been nothing but trouble, and nobody knows why. All we demand is Voter Integrity!

He is being primaried by a strong and highly respected challenger, former Arizona State Representative Anthony Kern. Continued Below

On Wednesday, Arizona Senate President Karen Fann (R) tweeted: “Senator Boyer agreed to proceed with audit but when Maricopa BOS refused to cooperate , Boyer would not vote with us for the resolution of contempt which leaves us one vote short.”

Boyer responded, claiming: “You told us in closed caucus the “audit” would not cost taxpayers more than 150k and you wouldn’t divulge who you were hiring. Had you told us it was an inexperienced, partisan firm, I wouldn’t have been the only one to object.”

You told us in closed caucus the "audit" would not cost taxpayers more than 150k and you wouldn't divulge who you were hiring. Had you told us it was an inexperienced, partisan firm, I wouldn't have been the only one to object.

As reported by National File:

However, Boyer’s own Twitter history reveals him to to be perhaps the most nakedly partisan figure associated with the proceedings. As far back as August 2015, Boyer was posting things such as “A narcissist, a buffoon and a guy who just sucked on a lemon walk into a bar. The bartender says, ‘hi Donald Trump, what can I get ya?’ Ha!” and “we ought to call out sexual assault regardless of the source. Hillary enabled it, Trump praises it. Both are deplorable…”

Boyer routinely reposted articles from neoconservative publication National Review attacking Trump until his election to the state senate in 2019. 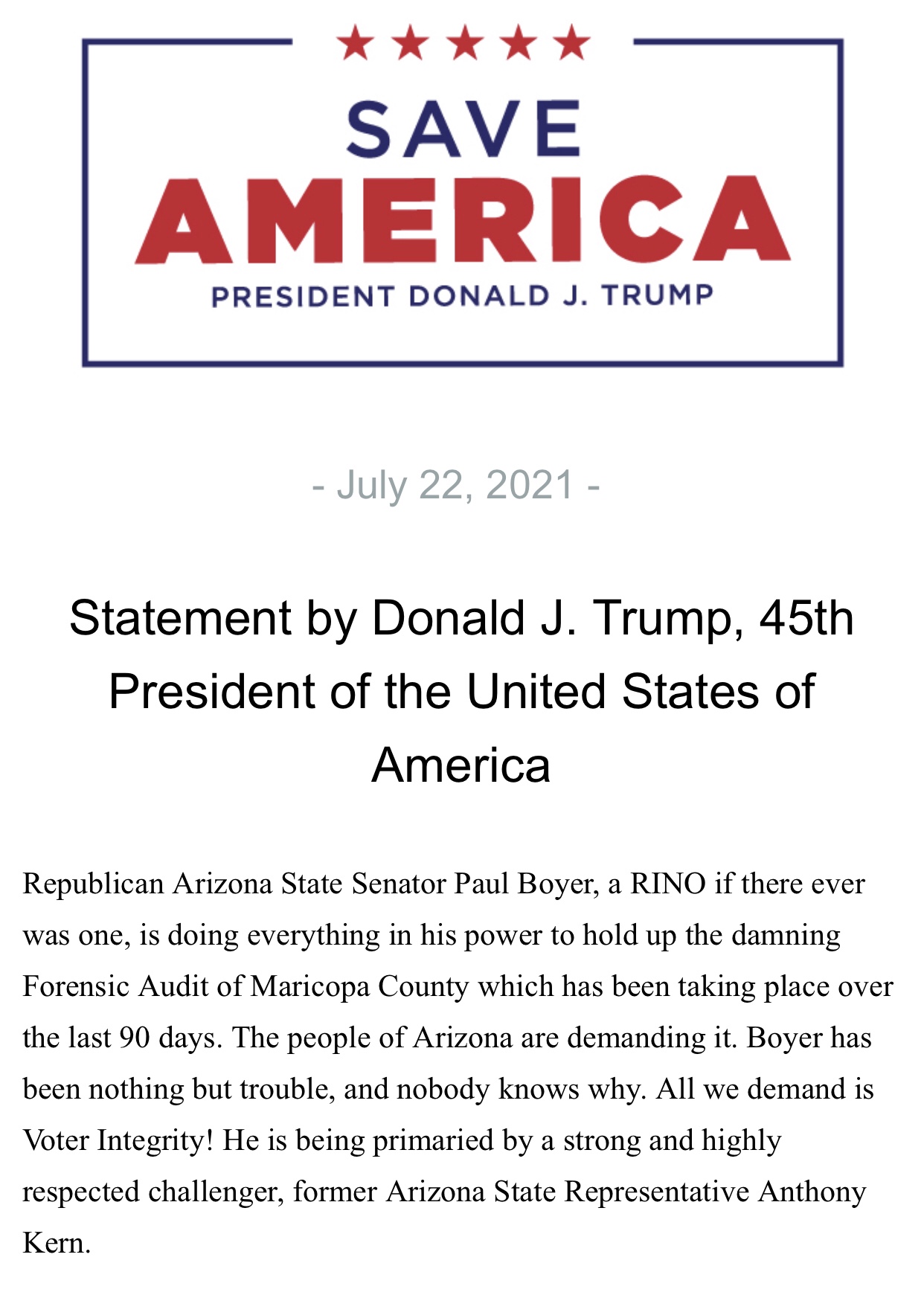 Kern also wrote on Twitter this week: “Audit all States!”

(Related: Trump On Maricopa County Denying Auditors Access To Routers: “What Are They Trying To Hide?… Give The Routers!”)