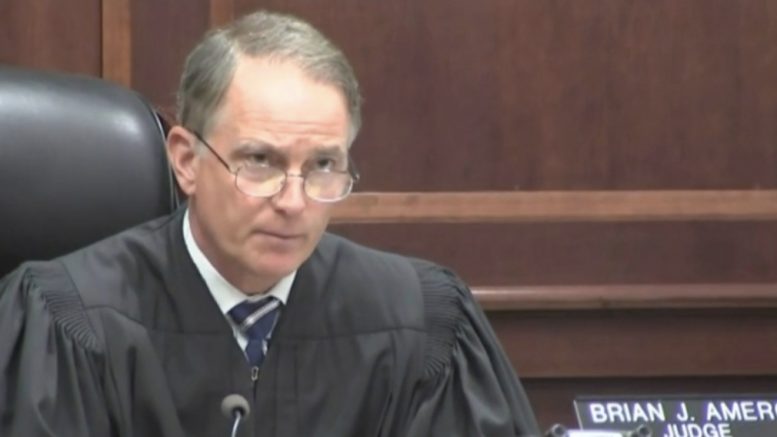 A superior court judge in Georgia could be on the verge of ordering absentee ballots from the 2020 election in Fulton County to be unsealed and reviewed, according to a report by ALC.

Favorito’s lawsuit cites video of the counting as well as sworn statements from witnesses who purportedly were “suspicious of ballots that were printed on a different stock of paper than regular ballots, appeared to have been printed instead of marked by ink in a voter’s hand or were not creased, indicating they had not been placed in an absentee ballot envelope and mailed.”

As reported by AJC:

“A lawsuit filed in Fulton County Superior Court contends that fraudulent ballots were cast and other irregularities occurred as workers counted ballots at State Farm Arena on election night. Those allegations were investigated and dismissed by the secretary of state’s office. Nonetheless, Henry County Superior Court Judge Brian Amero — who is overseeing the case — said he’s inclined to order the ballots to be unsealed and reviewed by experts hired by Garland Favorito, a voting-integrity advocate.

“At a hearing Monday, Amero sought a detailed plan for maintaining the secrecy and security of the ballots, which — by state law — are under seal in the Fulton County Superior Court Clerk’s Office.”

“We want to do this in such a way that dispels rumors and disinformation and sheds light. The devil’s in the details,” Judge Amero is quoted as saying during Monday’s hearing. He then signaled willingness to order the absentee ballots to be unsealed given that a plan is in place to guarantee their security will not be compromised.

Judge Amero called for a detailed plan, “including who would review the ballots, how they would analyze them and how they would secure them,” according to AJC.

“I can’t sign an order until such time as I’m satisfied that the manner and method (of review) proposed by the petitioners is reasonable,” the judge is quoted as saying.

While all details are still being hammered out, the possible ballot review could be underway as early as April if Judge Amero allows it, AJC reported.

Meanwhile, 45th President Donald Trump issued a statement Monday, demanding a “strong investigation” into Fulton County and “the Stacey Abrams political machine” following a retraction from far-left Washington Post, who falsely claimed two months ago that former President Donald Trump, in a phone call with Frances Watson, chief investigator with the Georgia Secretary of State’s office, had asked to “find the votes”.