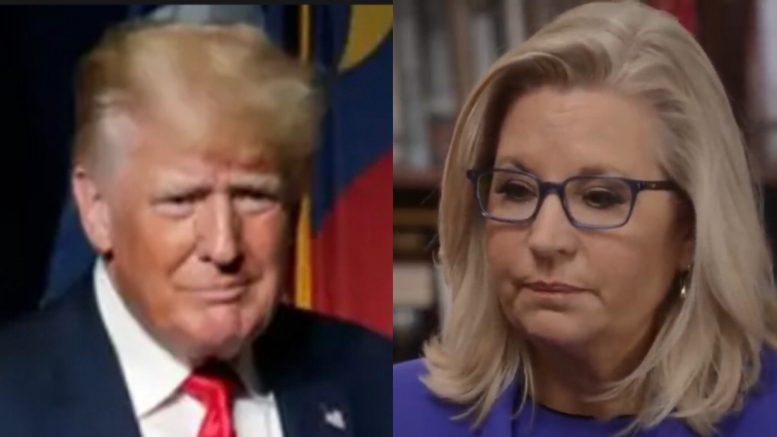 45th President Donald Trump issued a statement via email from his “Save America” PAC on Tuesday, announcing that he will be meeting with some “opponents in Bedminster next week”, who are running against Rep. Liz Cheney (R-WY).

Cheney, in May, was recalled from her leadership role as House Republican Conference chair and replaced by Rep. Elise Stefanik (R-NY). House Republicans approved Stefanik to their No. 3 leadership position and the 134-46 tally for Stefanik was nearly guaranteed before the vote took place, as previously reported by The Freedom Times.

Some highly respected pollsters tell me she’s toast in Wyoming after siding with Crazy Nancy Pelosi and supporting the Democrat Impeachment Hoax. And that’s just the beginning!

I’ll be meeting with some of her opponents in Bedminster next week and will be making my decision on who to endorse in the next few months. JUST ONE CANDIDATE. Thank you! Continued Below 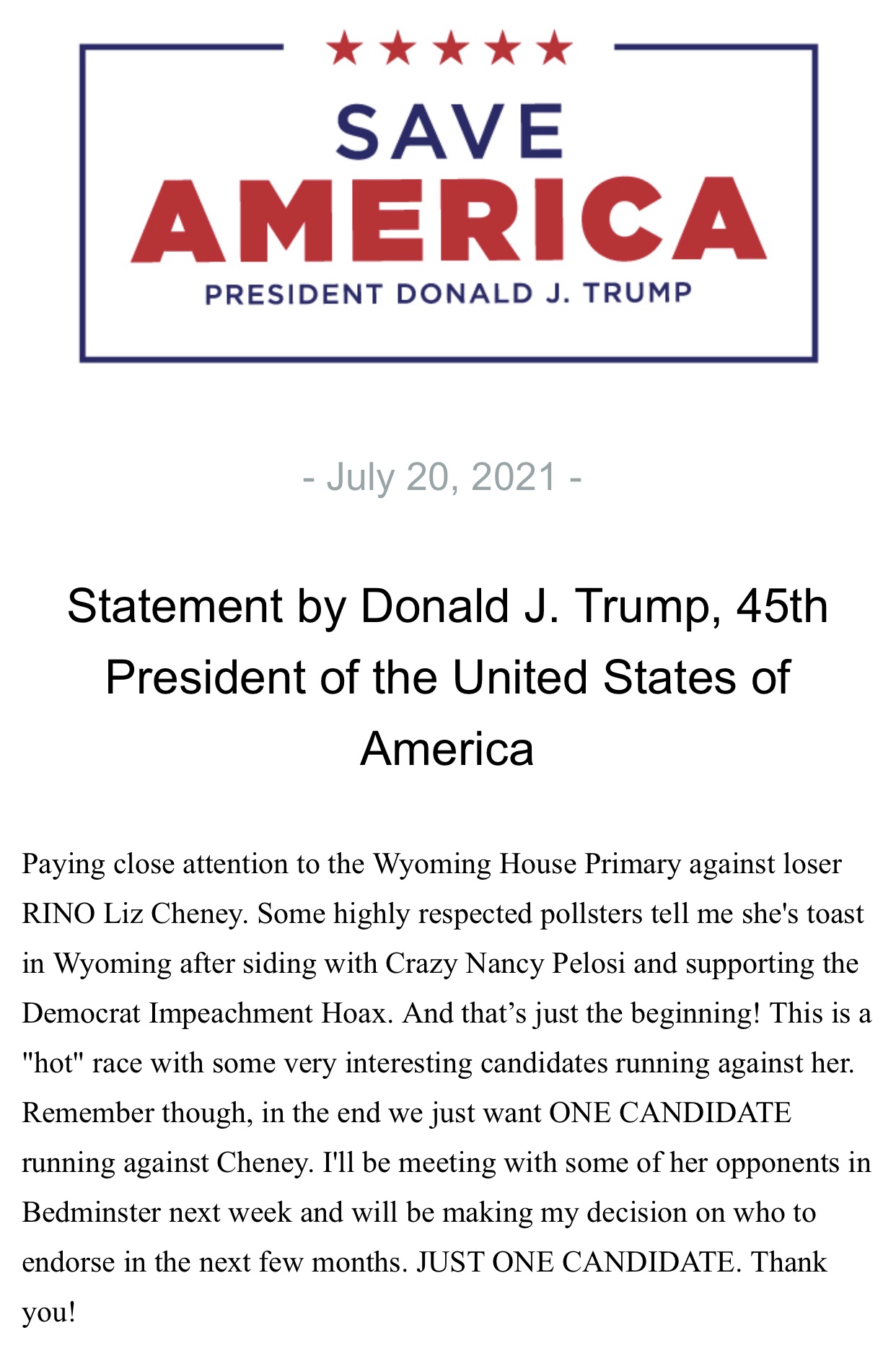 (Related: Trump Celebrates The Removal Of Liz Cheney’s Leadership Role: “I Look Forward To Soon Watching Her As A Paid Contributor On CNN Or MSDNC!”)