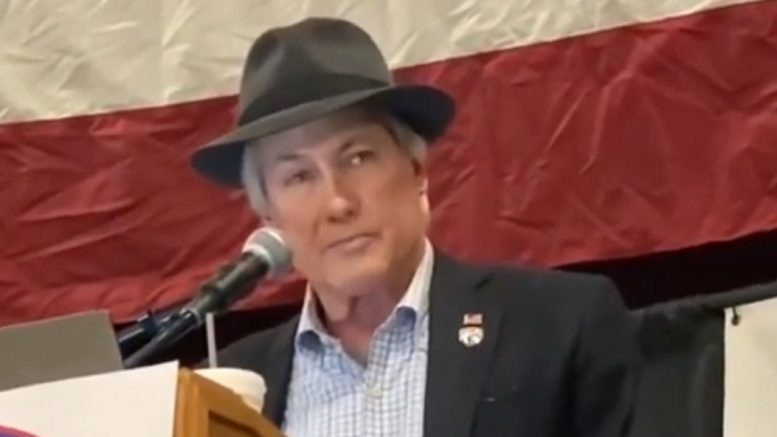 In a pair of statements posted to Telegram, Lin Wood called for the return of paper ballots ‘to ensure election intergrity’ and suggested computer voting systems used in past elections belong in the ‘trash heap.’

The high-profile attorney went on to suggest that mail-in ballots were used as “the failsafe in the event candidates beat the computer algorithms unlawfully programmed into the computer systems.”

Do you want honest or dishonest elections?

Do you want to vote a candidate into office or have a computer rigged to make the choice for you?

The answers are obvious unless you are in a group benefitting from a dishonest election or a rigged computer voting system.

If there is fraud in the computer voting system, your act of voting is meaningless.

There must be full forensic audits of the 2020 election in each state to determine if the computer voting systems need to go in the trash heap.

I firmly believe the trash heap is where they belong because they are trash. Trash begats trash.

We must return to paper ballots to insure election integrity.

Many states used the excuse of Covid to drastically increase voting by mail. Officials changed the rules to greatly expand the practice.

In direct violation of federal law, these changes were NOT adopted or passed by state legislatures.

How many of you received several unsolicited “absentee ballots?”

The mail ballots were the failsafe in the event the candidates beat the computer algorithms unlawfully programmed into the computer systems.

How many states came up with huge numbers of mail ballots late the night of the election and in some states, days after the Election Day?

The cheating was obvious.

Only someone brainwashed by the Mockingbird propaganda media can cling to the idea that there was no cheating with a straight face.

Except for the many individuals who were involved in the cheating. They spend their time trying to prevent full forensic audits. They know the results. They cheated.

Related Article: Lin Wood: “Increasingly Convinced That 75% or More Elected Officials Deny the Fraud Because They Were Involved in It”

In ending here are a couple more Telegram posts that proceeded the above statement: