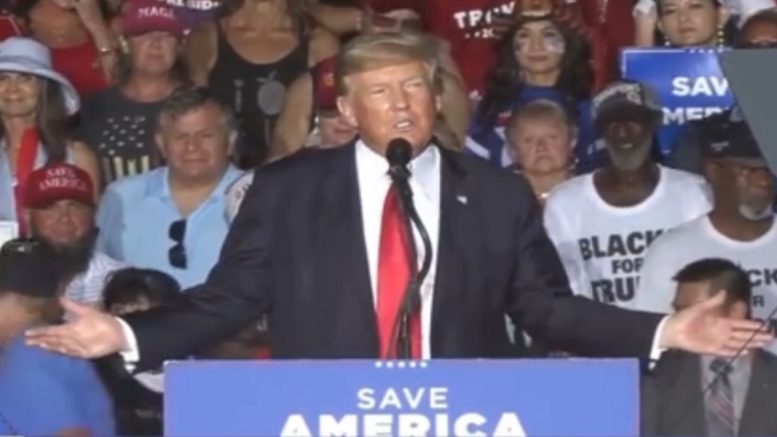 The 45th President issued a statement Monday via email from his “Save America” PAC just days after his latest campaign-style rallies were held in Ohio and Florida, bringing out thousands of people to hear former President Donald Trump speak.

Trump, in his latest statement, went after “RINOs” (Republicans in name only), who he said “have no idea what” the MAGA “movement is all about”.

Seeing the record crowds of over 45,000 people in Ohio and Florida, waiting for days, standing in the pouring rain, they come from near and far.

All they want is HOPE for their Great Country again. Their arms are outstretched, they cry over the Rigged Election—and the RINOs have no idea what this movement is all about. In fact, they are perhaps our biggest problem.

We will never save our Country or be great again unless Republicans get TOUGH and get SMART! Continued Below

About 25,000 people turned out for Trump’s rally in Sarasota, Florida on Saturday, after about 20,000 attended a rally in Wellington, Ohio a week earlier. Some supporters told reporters that they had camped out for days in anticipation of seeing the former president, Newsweek reported.

Trump has disputed the results of the 2020 election, often calling it “rigged” in favor of Joe Biden.

Saturday during his Sarasota, Florida rally, the former president said, in part, to a loud, thunderous applause, “I wonder what I’ll be proved right about next? Perhaps it will the election.” Continued Below 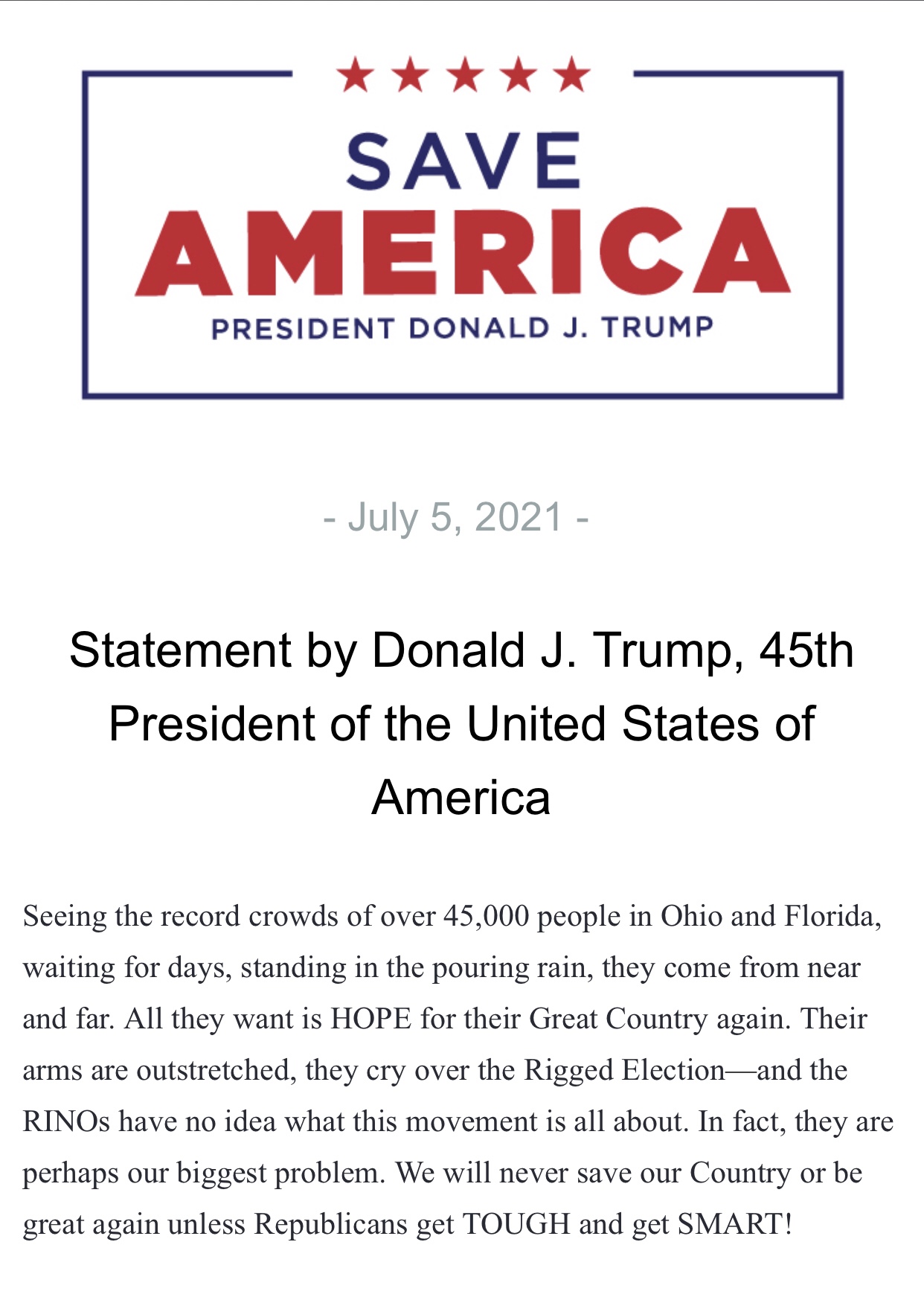 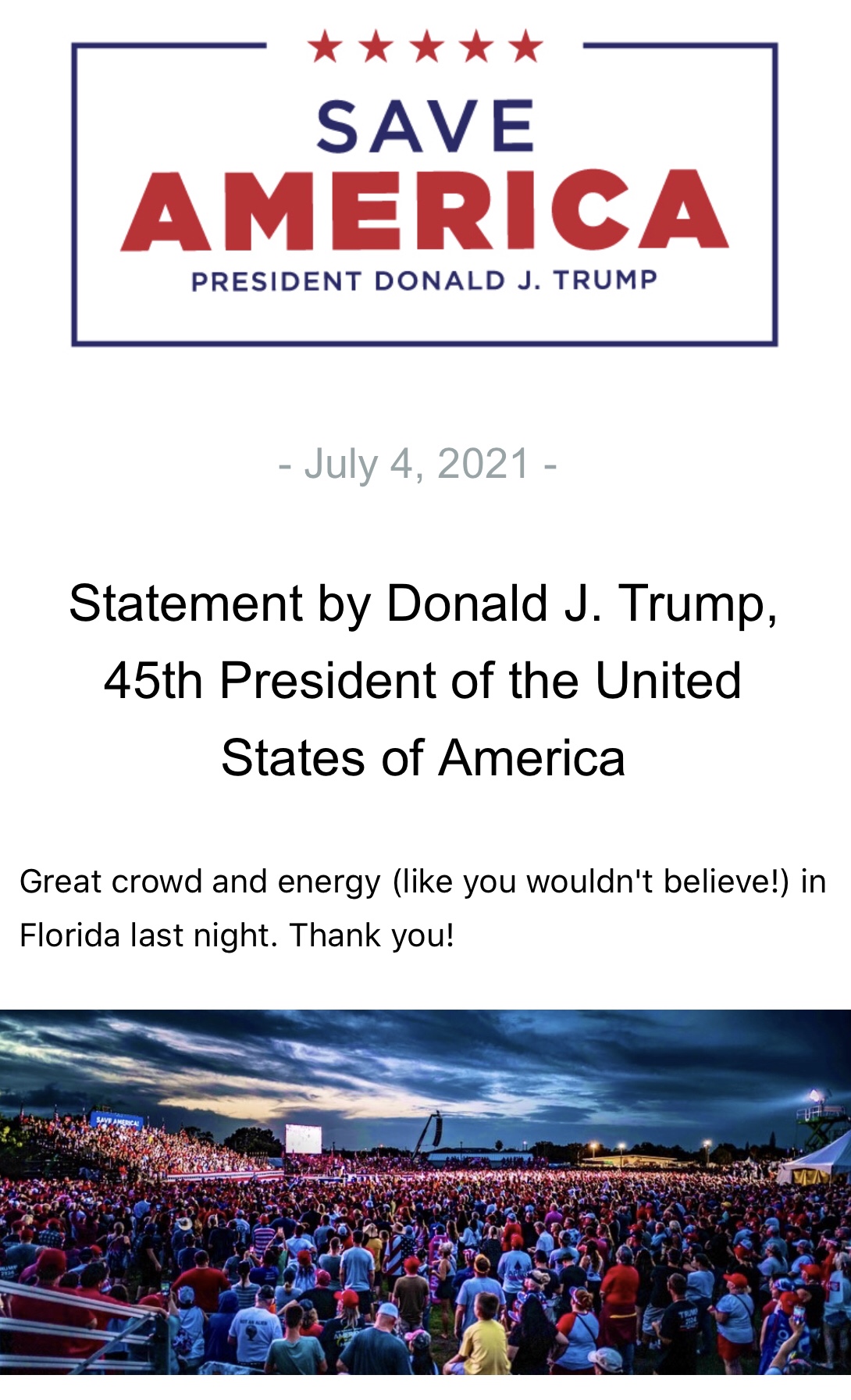