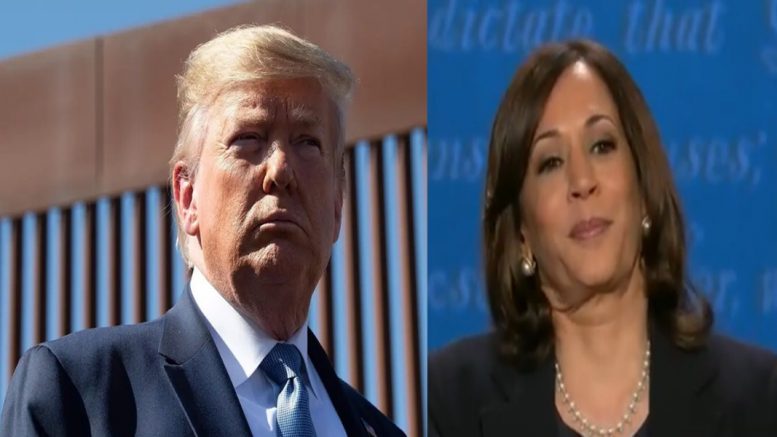 The 45th President issued a statement Wednesday via email from his “Save America” PAC following the news that Kamala Harris will travel to El Paso, Texas, on Friday alongside Homeland Security Secretary Alejandro Mayorkas. Harris was tapped more than three months ago to be border czar.

Following the announcement of Harris’ trip to the border, former President Donald Trump said his planned border trip with Texas Gov. Greg Abbott (R) and the Republican Study Committee was what finally pushed Harris to make the journey down south, to “see the tremendous destruction and death” caused by Biden’s policies.

“After months of ignoring the crisis at the Southern Border, it is great that we got Kamala Harris to finally go and see the tremendous destruction and death that they’ve created—a direct result of Biden ending my very tough but fair Border policies,” President Trump said.

“If Governor Abbott and I weren’t going there next week, she would have never gone!” Trump suggested.

Harris, who visited Guatemala and Mexico earlier this month as part of her first foreign visit in office, was pressed with questions about going to see the US-Mexico border in person. Continued Below

Harris told NBC News’ Lester Holt on “Today” in Guatemala, “At some point, you know, we are going to the border,” — 1,308 miles away from the US-Mexico crossing.

Harris, seeming to laugh at her own joke, responded: “And I haven’t been to Europe. And I mean, I don’t understand the point that you’re making. I’m not discounting the importance of the border.” Continued Below

Insisting that the border was not facing a crisis, Mayorkas said in early March that the problems the agency faced should be blamed on the previous administration.

The data, however, overwhelmingly shows that migrants are flooding the border because they believe Biden will welcome them with open arms, with over 170,000 illegal crossings a month.

President Trump announced in a statement on June 15 that he will be visiting “our Nation’s decimated Southern Border” at the end of the month. 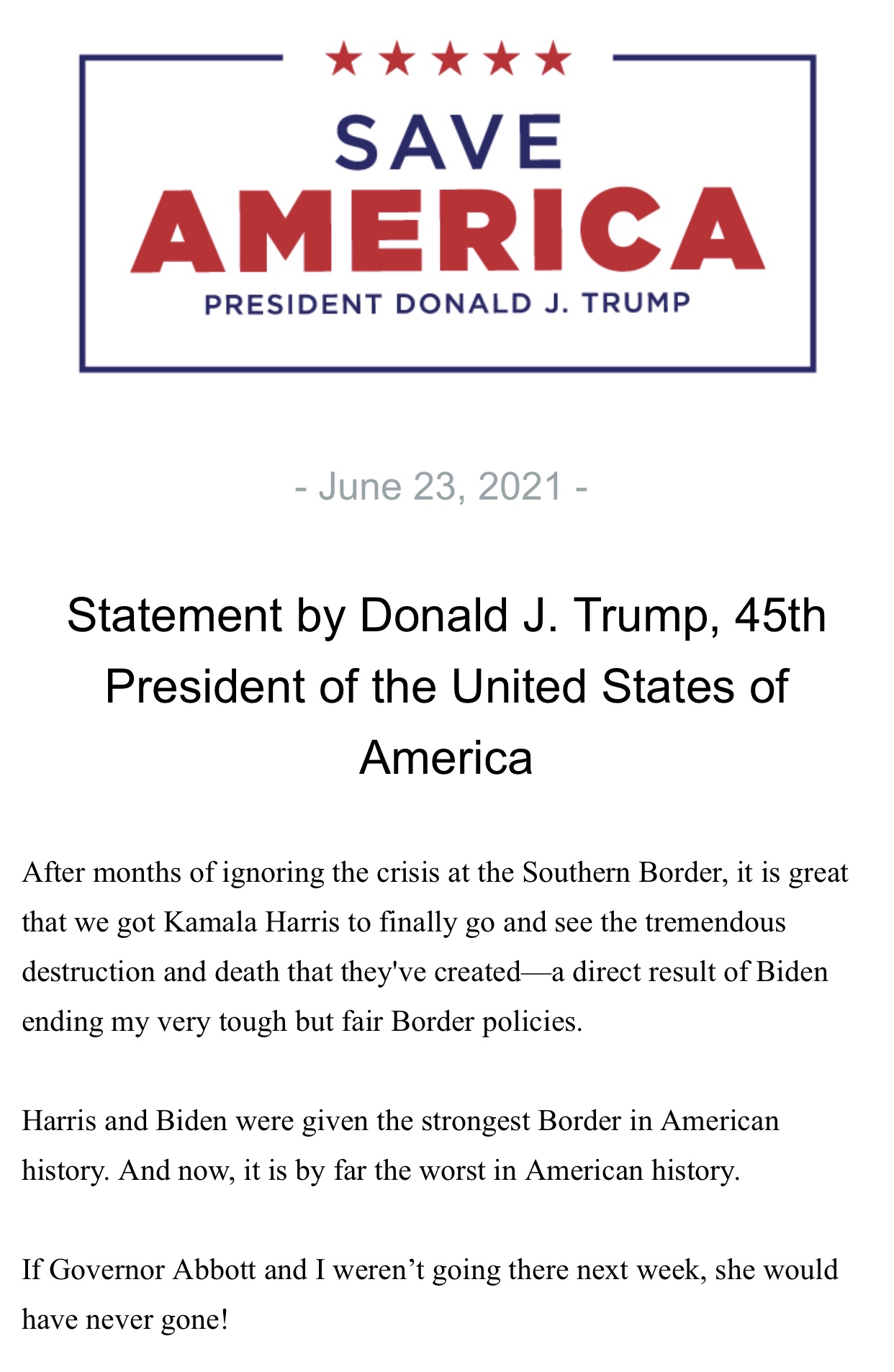