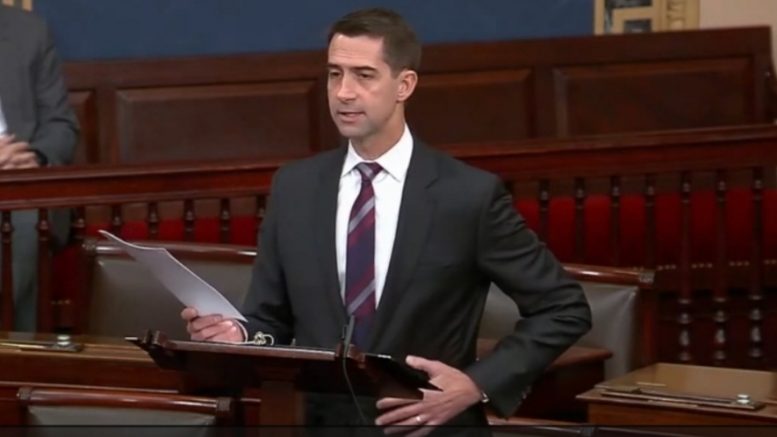 Sen. Tom Cotton name dropped several Democrat senators who used to support using the filibuster not long before their recent effort to try abolishing the tactic that requires 60 votes to advance a bill in the U.S. Senate.

“I will acknowledge that some Democrats over the years used the filibuster to block civil rights progress,” Sen. Cotton said while addressing the Senate on Tuesday. “But I will also remind my Democratic colleagues that, yes, they used the filibuster hundreds of times in the last administration.”

Related Article: WATCH: Blumenthal Awkwardly Tries To Defend Himself After Tapper Calls Out His Filibuster Hypocrisy

Sen. Cotton then read off a letter that was sent to Mitch McConnell and Chuck Schumer in April of 2017 urging them to preserve senate rules, including the filibuster.

The letter was signed by prominent Democrat senators including Diane Feinstein, Tim Kaine, Cory Booker, Chris Coons and others, which Sen. Cotton read off.