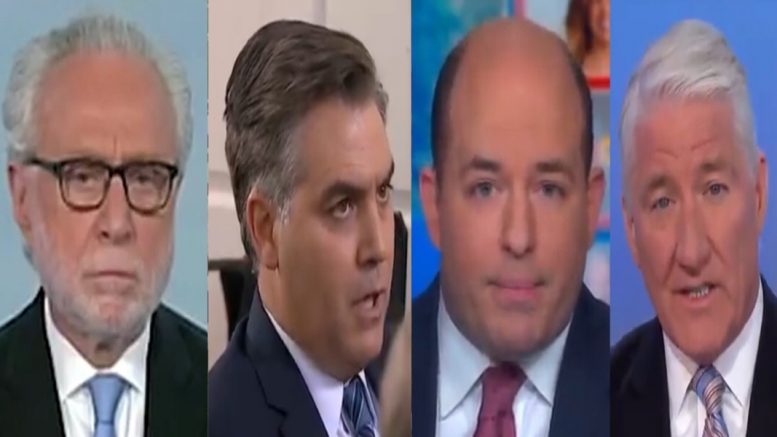 Dr. Marcus Zervos, division head of infectious disease for Henry Ford Health System, said 26% of those not given hydroxychloroquine died, compared to 13% of those who got the drug. The team looked back at everyone treated in the hospital system since the first patient in March, reported CNN.

CNN reported: The Henry Ford team said they believe their findings show hydroxychloroquine could be potentially useful as a treatment for coronavirus. “It’s important to note that in the right settings, this potentially could be a lifesaver for patients,” Dr. Steven Kalkanis, CEO of the Henry Ford Medical Group, said at the news conference.

President Donald Trump, though, was widely criticized in the media for saying that if hydroxychloroquine proves to work in treating coronavirus, it could be a game changer.

In May, he revealed to reporters that he was taking Hydroxychloroquine for a preventive measure after several White House officials were diagnosed with Covid-19.

The leftwing media, some reporters, and even Democratic lawmakers for months, warned that Hydroxychloroquine was “not safe” to use for the treatment of coronavirus, appearing to want to go against the president, just to say that he was wrong.

We leave you with a few responses to the new study:

So you’re saying @realDonaldTrump was right all along? Increasing survival by a significant amount is awesome. https://t.co/w8pC7WoRSx

Spent over an hour yesterday talking to 2 different TX doctors who BOTH told me they are seeing very positive results using hydroxychloroquine to treat COVID19.

Media flipped out bc Trump said good things about it.

The “study” they cite was retracted. https://t.co/45nQMRooHQ

A very real question should be asked by real journalists:

Did some US media outlets encourage people to NOT take a drug that could have saved their lives- all because they hate Trump? https://t.co/QiSiXwQpmr

The disgusting, lying media fought the president tooth and nail for months telling us this drug was deadly.  Every damn newsroom repeated this crap. Now they tell us it helped. How about apologizing to the American people and the president, you frauds.https://t.co/4EpjLsW1Pg

It’s not surprising at all that hydroxychloroquine works—and to be clear for you headline-only readers, it cut mortality of Covid-19 patients BY HALF. https://t.co/CZDvaZlgJA

How many people lost their lives or suffered needlessly because the morons at NYT, WaPo, CNN & MSDNC wanted to say that President Trump was wrong?

Another study shows #Hydroxychloroquine works! @RealDonaldTrump should demand answers about FDA suppression of this drug. https://t.co/hy8IEQeKfA

I told you for months that hydroxychloroquine was effective against COVID-19.

Dr. Fauci and the CDC said that it was not only ineffective, but dangerous.

Now, the science has proven me right.

We must use facts and science rather than politics.

Why would Fauci have done this?

And of course their key voices also chimed in. Here’s @brianstelter.

@thedailybeast had some thoughts that haven’t held up well. pic.twitter.com/TAIicA2Cse

He wasn’t the only senator. Here’s @ewarren. pic.twitter.com/T5qXaCN3im

In case the take away here isn’t obvious: the media doesn’t know much of anything about medicine, tech, health care, etc. These are hard, weighty topics, so that’s okay. But maybe we should stop using them as a basis to attack a potential cure for a deadly pandemic.