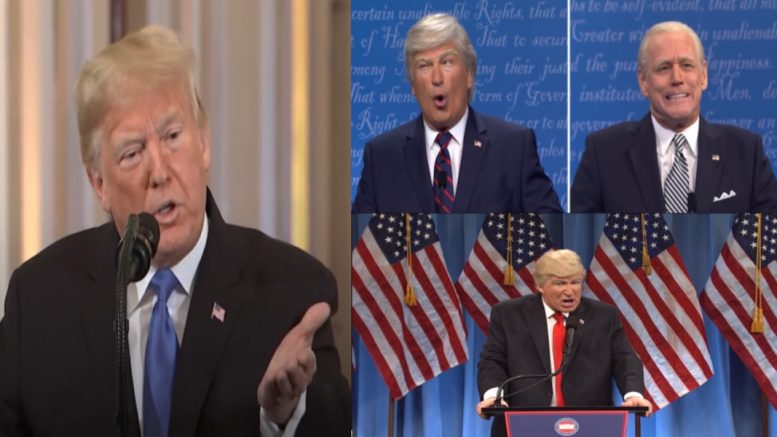 The 45th President issued a statement Tuesday via email from “Save America” PAC in regards to a report from leftwing publication The Daily Beast, who claimed former President Donald Trump asked the Justice Department to look into “Saturday Night Live” while he was in office.

Two sources told the news outlet that Trump talked to advisers and lawyers in 2019 about what the Justice Department, Federal Communications Commission (FCC) and the courts could do to look into late-night comedy shows such as “SNL”, The Hill reported.

“It was more annoying than alarming, to be honest with you,” one unnamed “source” allegedly told The Daily Beast.

President Trump was reportedly informed that no legal action could be taken against the show, but was told someone would “look into it” even though they never did, according to an unnamed “source” who spoke to The Daily Beast.

In a statement on Tuesday, the 45th Commander in Chief called the report “Fake News” as “no sources” were named, pointing out, “and yet the Lamestream Media goes with it”.

“The story that I asked the Department of Justice to go after ratings-challenged (without Trump!) Saturday Night Live, and other late-night Losers, is total Fake News,” the 45th President announced in his statement. “It was fabricated, there were no sources, and yet the Lamestream Media goes with it”. Continued Below

“I did say, however, that Alec Baldwin has no talent, certainly when it comes to imitating me. The one who had what it took was Darrell Hammond,” Trump expressed.

“With all of that being said, however, I do believe that the 100% one-sided shows should be considered an illegal campaign contribution from the Democrat Party, hard to believe I got 75 million votes (the most of any sitting President) despite all of that, together with a very Fraudulent Election,” the 45th Commander in Chief said.

In regards to Trump stating “2024 or begore”, the former president said that he has not admitted defeat, nor has he conceded to the results of 2020 November general election– during an interview this week on Real America’s Voice, the “Water Cooler” show, with host David Brody.

“No. I never admitted defeat. We have a lot of things happening right now. I think that was an election that was– I don’t think, all you have to do is read the newspapers and see what’s coming out now,” Trump confirmed. “No, I never– the word is concede. I have not conceded”.

BREAKING: President Donald Trump tells @dbrodyreports: “I never admitted defeat…I have not conceded." Watch the rest of the interview on #TheWaterCooler today on #RealAmVoice @Justthenews pic.twitter.com/gknI9FDQH4 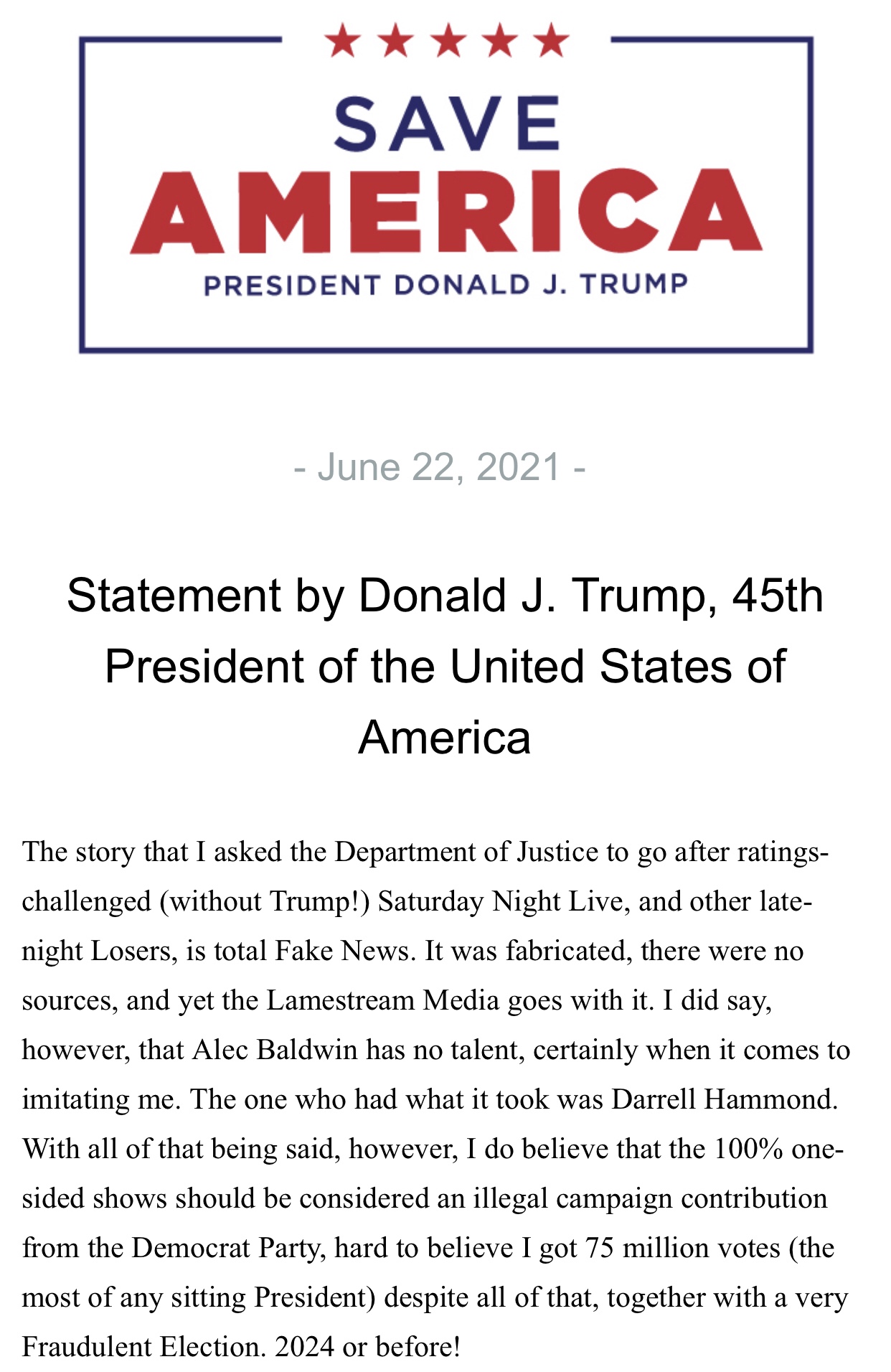