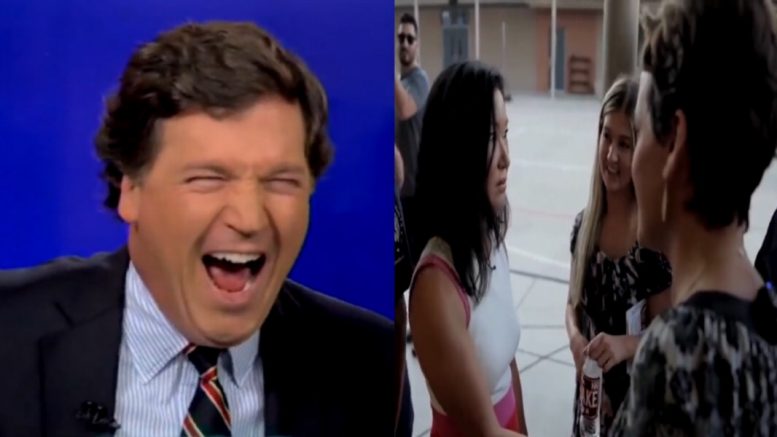 Carlson was explaining how Lake has taken on the media and understands their tactics, because she worked as a news anchor at Phoenix television station, KSAZ-TV, for 22 years.

“Here for example is Kari Lake’s response in June when a CNN reporter asked her for an interview. Watch this,” Carlson urged, before laughing hysterically at Lake torching CNN.