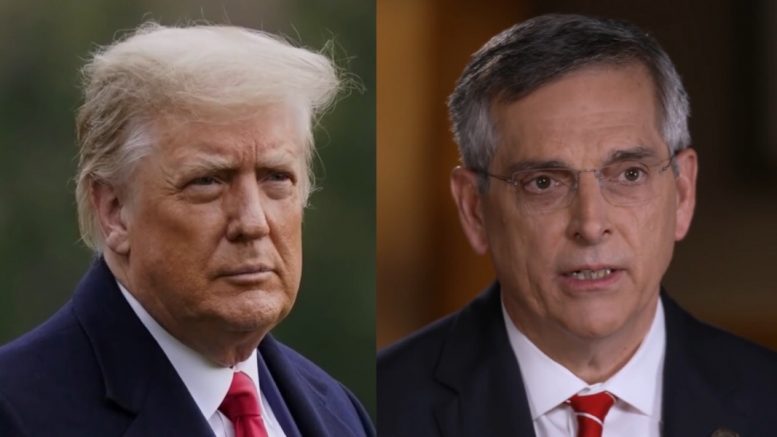 The 45th President issued two statements Thursday via email from his “Save America” PAC over a report from The Georgia Star News, who revealed that the “chain-of-custody documentation is missing for 18,901 ballots in Fulton County, Georgia”.

In a stunning admission about the critical chain of custody documents for absentee ballots deposited into drop boxes in the November 3, 2020 election, a Fulton County election official told The Georgia Star News that “a few forms are missing” and that “some procedural paperwork may have been misplaced.” This is the first time that any election official at either the state or county level from a key battleground state has made an admission of significant error in election procedures for the November 3, 2020 election, Tennessee Star reported.

“Thank you and congratulations to Laura Baigert of the Georgia Star News on the incredible reporting you have done. Keep going! The scam is all unraveling fast,” former President Donald Trump said in a statement with regards to the report.

In a second statement, Trump sent out an email with a screenshot of a Monday tweet from Georgia Secretary of State Brad Raffensperger, who had weighed in on the “missing” chain of custody documents.

“New revelations that Fulton County is unable to produce all ballot drop box transfer documents will be investigated thoroughly, as we have with other counties that failed to follow Georgia rules and regulations regarding drop boxes. This cannot continue,” Raffensperger warned. Continued Below

President Trump reacted to Raffensperger announcing an investigation into the matter, writing in a Thursday statement, “This is very big news. People are starting to see the light. Great for America!”

The Georgia Star News analyzed transfer forms of ballots deposited in drop boxes in Fulton County during the 2020 election. Through open records requests, the newspaper found 385 out of an estimated 1,565 transfer forms were missing. State law requires ballot transfer forms, which are documents signed by ballot collection teams that indicate the date, time, location, and the number of ballots collected from each absentee ballot drop-off location.

The transfer forms purportedly provided chain of custody documentation for 18,901 ballots, 6,000 ballots more than the 12,000 vote margin with which Biden won the state in the 2020 presidential election. Continued Below

New revelations that Fulton County is unable to produce all ballot drop box transfer documents will be investigated thoroughly, as we have with other counties that failed to follow Georgia rules and regulations regarding drop boxes. This cannot continue. 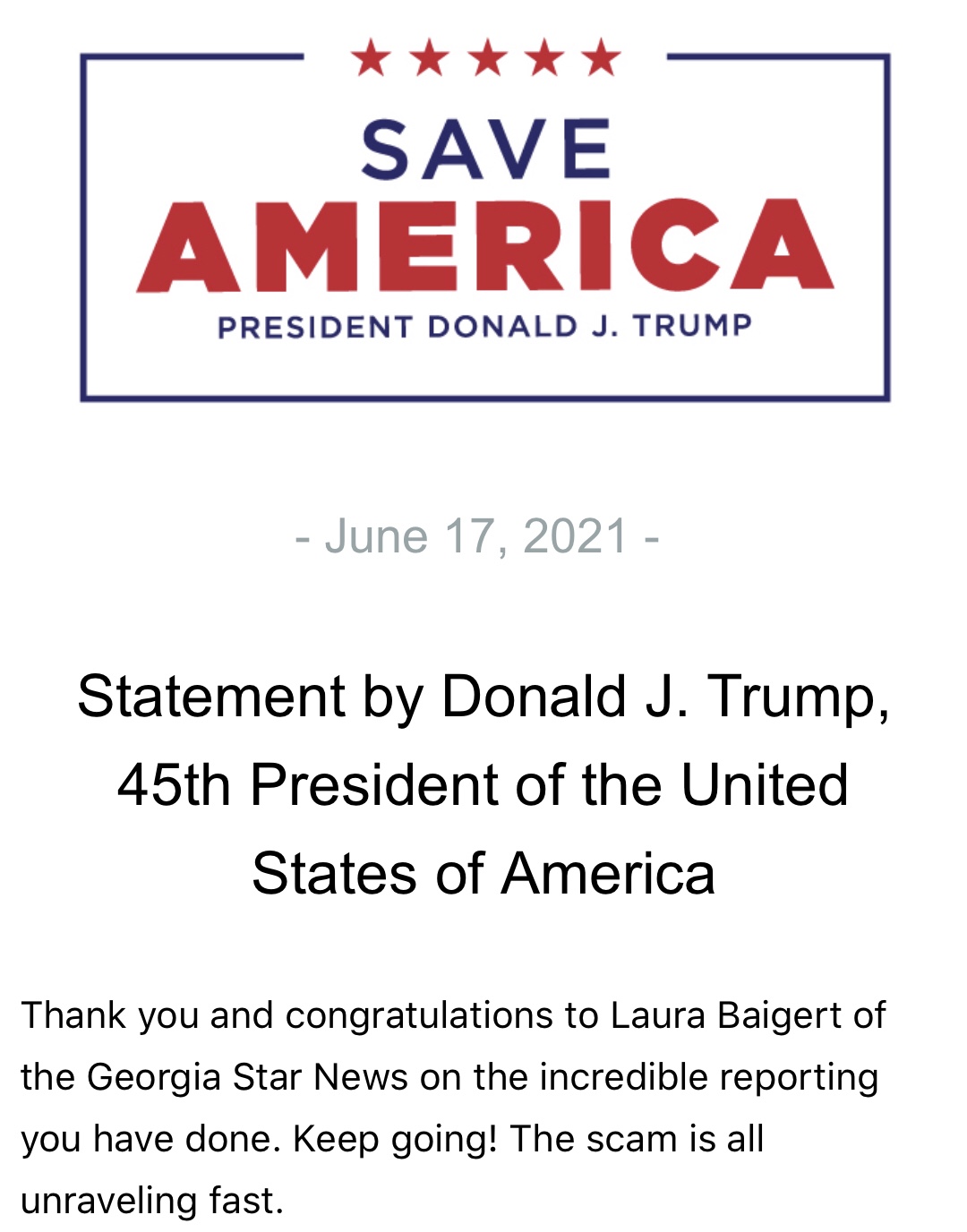 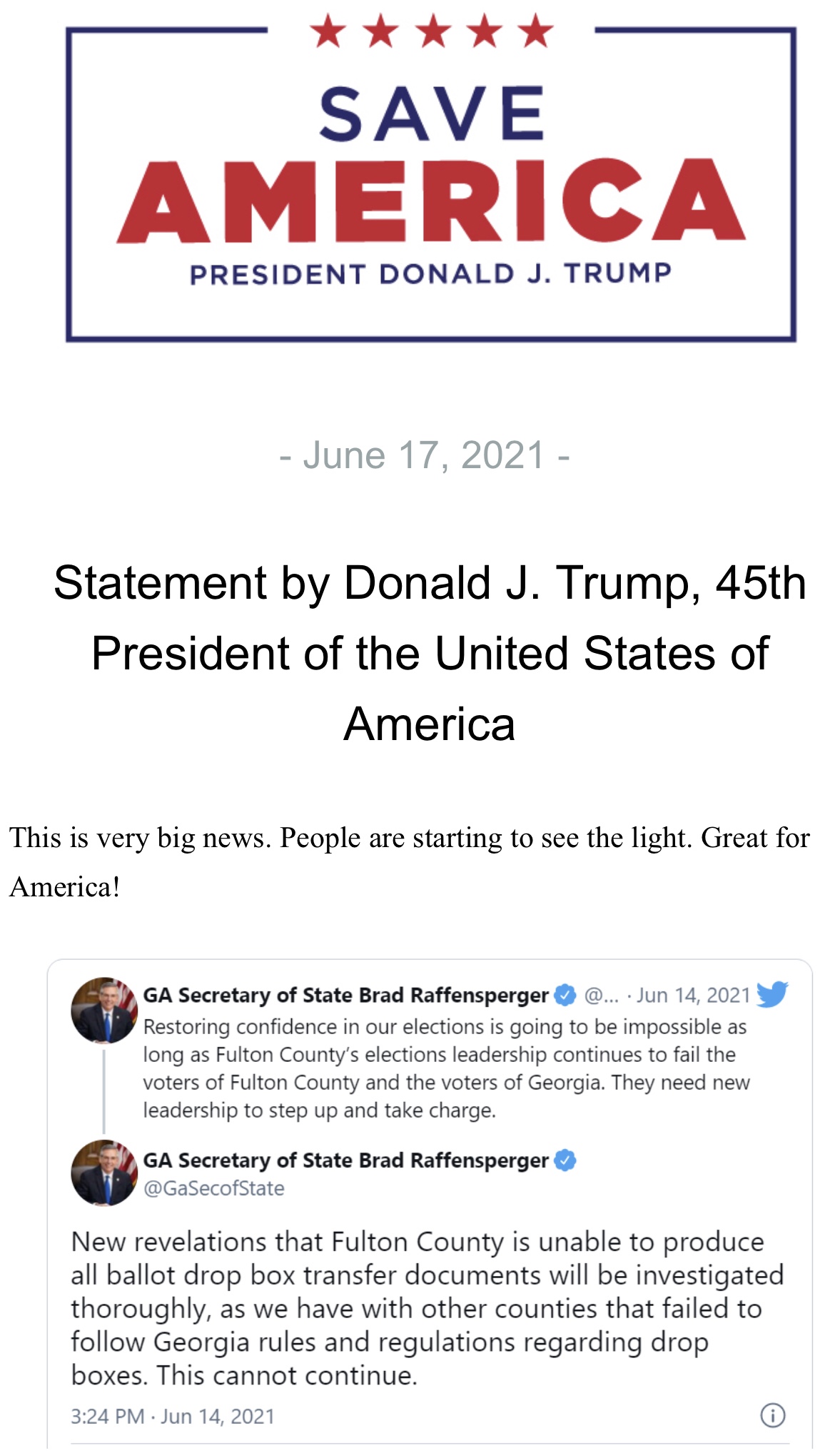 “You Can Tell She Is A Phony”, Leo Terrell Declares After Harris Refers To The ‘Notorious RBG’ As ‘Notorious BIG’