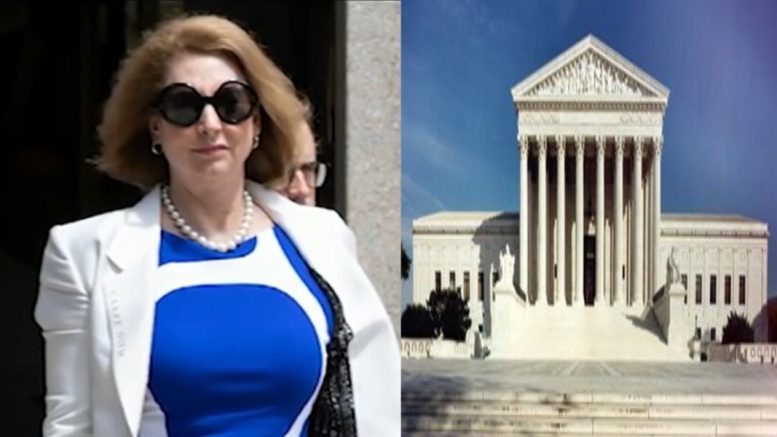 The nations highest court is considering on Friday whether alleged voter fraud cases in Georgia, Pennsylvania, Wisconsin, Arizona, and Michigan can move forward.

The United States Supreme Court is reviewing several cases during a conference and will decide whether they will hear oral arguments. Multiple cases surrounding the November 2020 presidential election are slated to be discussed today and whether they will allow those cases to proceed forward, including attorneys Lin Wood and Sidney Powell’s cases, as previously reported by The Freedom Times.

The Supreme Court said on Friday that they will “release an order list at 9:30 a.m. on Monday, February 22″, and “The Court may announce opinions on Thursday, February 25. The Court will not take the bench. Opinions will be posted on the homepage beginning at 10 a.m.”

Ahead of the Supreme Court’s decision over whether they will allow the cases to move forward, attorney Sidney Powell issued a statement on Telegram Friday evening.

“For all interested in the status of cases set for conference today at SCOTUS, today was just a meeting for the Justices to discuss issues and cases. We expect any orders to come out Monday and any opinions that might be ready to be announced on Thursday. Thank you for watching these issues,” Powell wrote, attaching her website defendingtherepublic.org. Continued Below

“And regardless of what the Court decides on cases pending now or next week from the pre-January 6 cases we filed, we are NOT DONE. defendingtherepublic.org. Never mistake my quiet for inaction.😁😎” Ms. Powell said.

“Thank you ALL for your support! You inspire our entire team, and it is truly a team effort,” she added. Continued Below

Meanwhile, attorney Lin Wood also released a statement upon learning that the SCOTUS may announce their decisions next week over the cases.