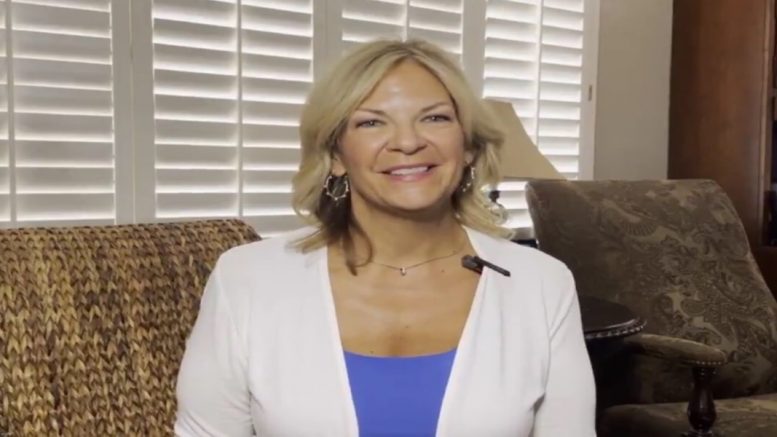 “The hand count is done, except for the brail ballots, and those brail ballots do require a brail expert to count, obviously,” Dr. Ward said of the 2.1 million ballots for Maricopa County.

The Arizona GOP Chairwoman said the Grand Canyon State is “also monitoring an election integrity case at the United States Supreme Court that will have a big impact.”

“Here in Arizona, we passed a law that bans the practice known as ‘ballot harvesting’. In the past, Democrats in Arizona and Democrats in other states, have sent people out to collect mail-in-ballots from large numbers of people, and then turn them in either at the post office, or to the county election center, or to just drop-boxes, that are randomly out in the public,” she explained.

“How do we know those ballots were actually filled out before they were handed over?” she wondered. “Ballot harvesting is part of why it is so important to clean up the registered voter lists in our counties. Ballot harvesting and voter lists filled with people who have passed away or who have moved out of state is a recipe that is ripe for fraud.” Continued Below

“As you would expect, the ballot harvesting law was challenged by liberal groups in court: Lawfare,” Dr. Ward said. “The Republican Party of Arizona has been monitoring this case from the start, knowing how important it is for election integrity.”

The Arizona GOP Chairwoman said that the case has “made its way all the way to the United States Supreme Court, which held hearings in March.”

The case: Brnovich v. Democratic National Committee, Docket No 19-1257 — Issues: (1) Whether Arizona’s out-of-precinct policy, which does not count provisional ballots cast in person on Election Day outside of the voter’s designated precinct, violates Section 2 of the Voting Rights Act; and (2) whether Arizona’s ballot-collection law, which permits only certain persons (i.e., family and household members, caregivers, mail carriers and elections officials) to handle another person’s completed early ballot, violates Section 2 of the Voting Rights Act or the 15th Amendment. Video Below

Dr. Ward said the case is “expected to have a ruling sometime this month”, adding, “We are hoping for a good outcome.”

“Lets hope in the next few days we are going to be celebrating victory, a victory for election integrity at the U.S. Supreme Court,” she expressed.

Arizona Audit is vital. US Supreme Court pending decision on Ballot Harvesting is important too. #ArizonaAudit #AmeicasAudit #SCOTUS #BallotHarvesting #ElectionIntegrity
If you would like to help: https://t.co/tKjoMQirF1 pic.twitter.com/TjyU2HYatO

AZ Sen. Wendy Rogers Signals Audit Results Will Be Publicly Revealed In Just Over A Week