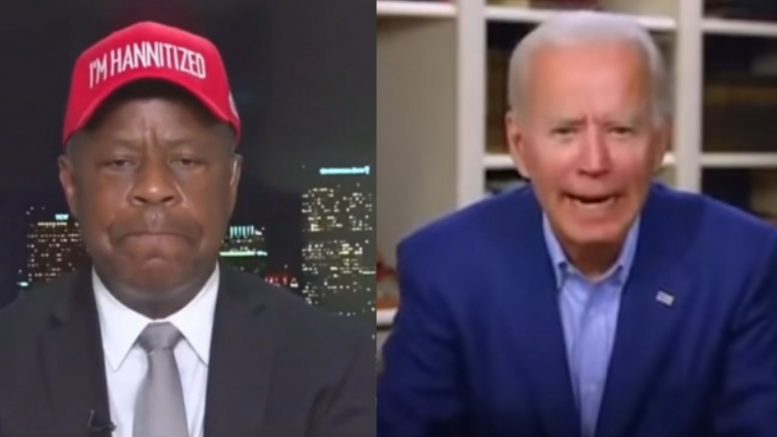 Fox contributor Leo Terrell placed the sole blame on Joe Biden’s rhetoric during the 2020 campaign as to why he ditched the Democratic Party.

Over the past year, Mr. Terrell — who was a lifelong Democrat prior to the election — has cited many hangups that ultimately led to him switching to Republican. However on Thursday evening, he pinpointed a single phrase made by Biden that was the final straw behind his decision.

“Why did I leave the Democratic Party? Because Joe Biden — Imperial Wizard — said, ‘If you don’t vote for me, you ain’t Black,'” Leo told Fox News host Sean Hannity. “The most insulting statement he made to every Black American.”

“We are free thinkers. The Republican Party allows free thinking,” he declared before providing broader examples.