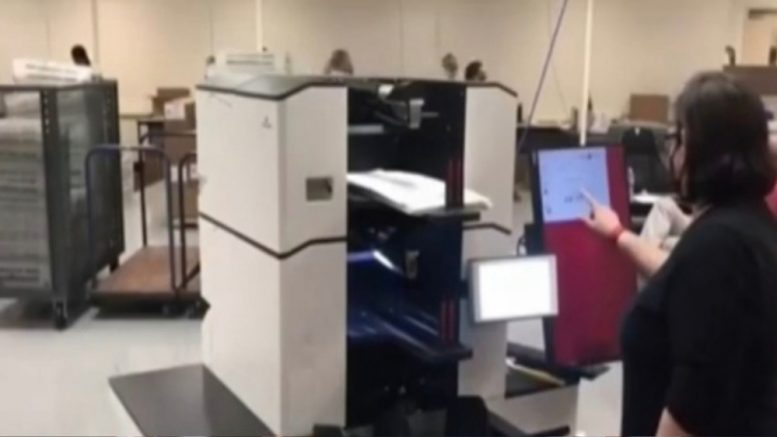 Arizona Senate Republicans provided an update on their plan to conduct a full audit of the 2020 election results in Maricopa County — the largest county in the state.

According to the Washington Examiner, “Superior Court judge Timothy Thomason ruled at the end of February that a Senate subpoena of voting records was ‘legal and enforceable,’ though the Senate has yet to commence the audit that Republicans have demanded since December.”

Republicans in Arizona have been pushing to conduct their own full audit of Maricopa County’s 2.1 million votes to rule out potential fraud. Former President Trump lost to Joe Biden by just over 10,000 votes in the Grand Canyon State.

“As thousands of our voters continue to call for a thorough audit of the 2020 election in Maricopa County, I am pleased to report we have narrowed it down to a preferred forensic audit team. We are negotiating final details on the execution of the audit and hope to have an announcement soon.

“Our desire is to work closely with the County Board of Supervisors, and the Senate continues to believe the proper location of the audit is at the County, to preserve the chain of custody and maintain security of the ballots and equipment. Our goal is to make this a bipartisan effort with full transparency and in joint cooperation with Maricopa County officials. We’ve been reaching out to experts on election processes in Arizona and around the nation and hope to have the best and brightest involved in the audit.

“This audit will be broad and detailed: the team will include, but is not limited to, testing the machines, scanning the ballots, performing a full hand count and checking for any IT breaches. When all the work is done, there will be a full report for the Senate and County to review. Our voters expect this audit, and it can be a big step in returning trust and confidence in our election process.”

FOR IMMEDIATE RELEASE: Update on the full, detailed audit of the 2020 election in Maricopa County#AZSenate #Audit pic.twitter.com/0HHfPuGKex

In ending, here a recent intetview with Sen. Karen Fann regarding efforts for a full audit of votes: