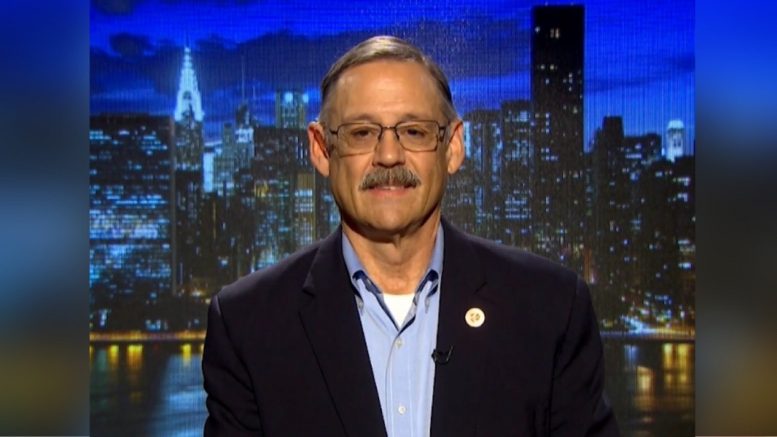 Arizona State Representative Mark Finchem (R), who is running for secretary of state of Arizona, issued a press release on Wednesday, announcing that a public hearing will be held on Election Integrity, December 13 at 9:00 am MST.

“On November 7, 2020, an anonymous report of election system fraud was made to the United States Department of Justice and ALL members of the Arizona House and Senate. The allegation that 35,000 fictitious votes had been entered into the Pima County election was related by an individual who claimed to be in the room when the plan was revealed to lower-level Pima County Democratic Party leaders.

“Over the last 12 months a few Members of the Legislature and resources from various election integrity organizations have conducted a quiet, but fruitful investigation into the substance and reliability of the allegation.

“Our elections are a system, and systems require active maintenance. Without attention to detail, the bureaucratic machine inevitably runs amok. We are elected to identify defects and fix them,” Rep. Biasiucci. Continued Below

“We found significant discrepancies in the Maricopa County Election through the audit, which gives us all pause to consider what has happened in other counties? To think that we would not find similar problems in other counties is not a credible position for any elected official to take,” Sen. Sonny Borrelli.

“With consent of the Governed goes the right of the Governed to to examine, and if warranted, conduct an audit of the elections that they participate in. Elections belong to the People, not the government,” Rep. Finchem.

On November 30, 2020, we held a Public Hearing on Election Integrity that gave the public an opportunity to present evidence and sworn testimony to the joint panel of Members of the State Legislature regarding the 2020 General Election. Continued Below

The mission of the Public Hearing on Election Integrity was to, “receive evidence and testimony that could serve to prove or disprove alleged discrepancies in the 2020 General Election.” Arizona citizens and expert witnesses submitted sworn affidavits, under penalty of perjury, to the panel detailing inconsistencies they encountered during the election process.

The press release states the hearing is by ticket only, and the event will be live-streamed for all to watch.

In September, Rep. Finchem called on the Arizona legislature to begin an forensic audit for Pima County, Arizona over the 2020 general election, as previously reported by The Freedom Times.

Pima County is a county in the south central region of the U.S. state of Arizona. As of the 2010 census, the population was 980,263, making it Arizona’s second-most populous county. The county seat is Tucson, where most of the population is centered, Wikipedia reported.

The Arizona secretary of state candidate, has also called for the “decertification of the Arizona election” and the “arrest of those involved in tampering with election systems” following September 24th’s Arizona State Senate hearing over the Maricopa County forensic audit reports, regarding the 2020 general election, as previously reported by The Freedom Times.

“After hearing the evidence in the Arizona Audit report, I call for decertification of the Arizona election, arrest of those involved in tampering with election systems, and an audit of Pima County as a next step,” Mr. Finchem declared in a tweet.