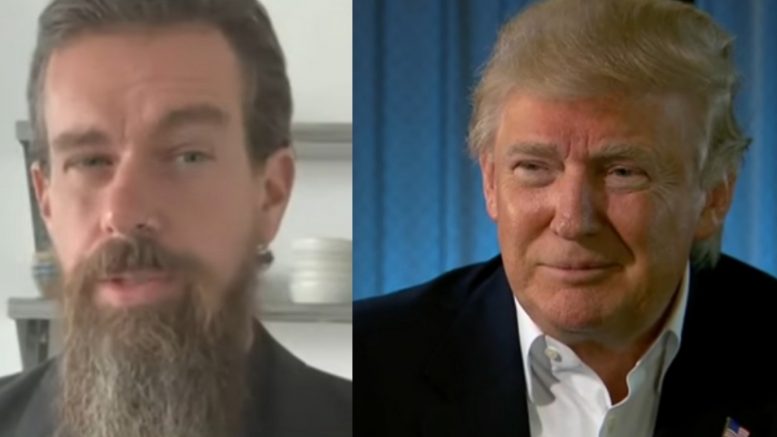 Former President Donald Trump issued a statement on Tuesday congratulating Nigeria’s government for banning Twitter from being used in their country.

The 45th President then urged other countries around the world to follow suit.

According to Tech Crunch, “Trump’s approval is coming days after Nigeria suspended Twitter indefinitely last Friday. The government made the judgment days after Twitter deleted Nigeria President Muhammadu Buhari’s tweet for violating its abusive behaviour policy and several calls by Nigerians to take it down. His tweet threatened punishment on secessionists in the southeastern part of the country.”

Related Article: Trump’s Social Media Platform Set To Launch ‘Definitely Over The Summer’: “This Will Knock Your Socks Off”

“Congratulations to the country of Nigeria, who just banned Twitter because they banned their President,” Trump wrote in an email. “More COUNTRIES should ban Twitter and Facebook for not allowing free and open speech—all voices should be heard. In the meantime, competitors will emerge and take hold.”

He continued: “Who are they to dictate good and evil if they themselves are evil? Perhaps I should have done it while I was President. But Zuckerberg kept calling me and coming to the White House for dinner telling me how great I was. 2024?” See Below 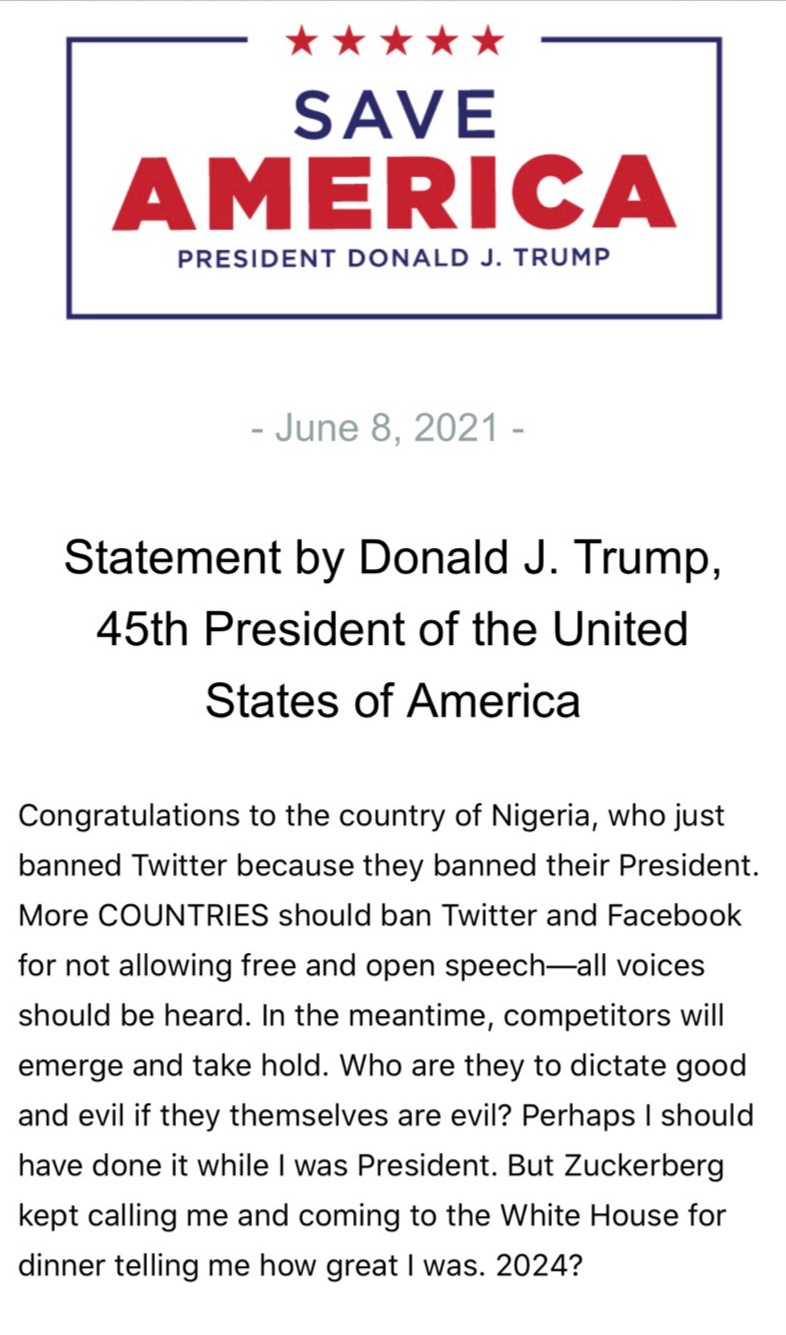 ‘Travesty of Justice’: Trump Reacts after Judge Orders Him & Children to Testify Under Oath in NY Case