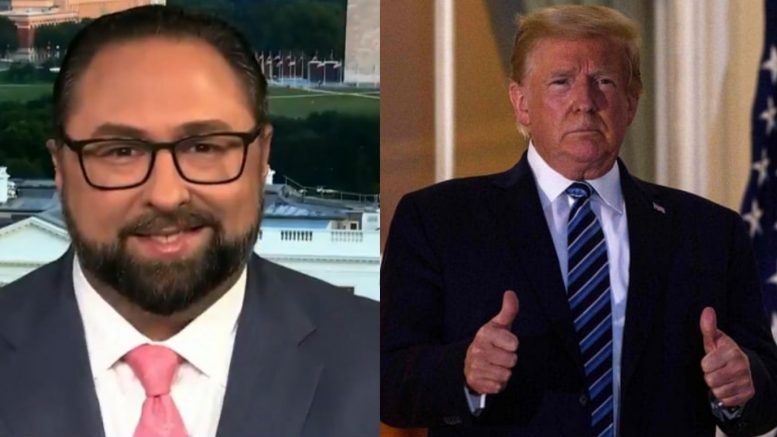 45th President Donald Trump’s senior advisor Jason Miller estimates that a new social media platform being designed by the former Commander-in-Chief could be launched in as soon as ‘four to six weeks’ and ‘will knock your socks off’ when the final product is unveiled to the public.

Miller gave the indication while appearing on Newsmax just hours after Facebook announced the 45th President will be banned from there platform for two years, until January 7, 2023, which is retroactive from when he was initially suspended from their platform.

The social media giant said Trump will then be subject to another review to evaluate the “risk to public safety” before determining if his suspension will expire.

“They never want him to get back on,” Miller told Newsmax host Grant Stinchfield. “That’s why President Trump is designing his own social media program.”

He continued, “I know the media is attacking him and trying to dunk on the President and saying ‘Ok. We’ll believe it when we see it.’ Well, let me tell you. Something very special is coming and President Trump will be back.”

Miller went on to mention a new poll that estimates somewhere around 60% of those who voted for President Trump will go on to sign up and follow him on the new platform when it launches. That is equivalent to over 40 million people, which could make it an instant competitor to Big Tech companies.

Related Article: Trump Reacts After Facebook Suspends Him Until Jan. 7, 2023: “Next Time I’m In The White House There Will Be No More Dinners”

Asked when the new platform is expected to launch, Miller said, “This summer is realistic. I’d say at the short end, maybe four to six weeks from now. At the long end, I’d say at the absolute latest, somewhere in the Labor Day range but definitely over the summer. Could potentially see even close to 4th of July. That may be pushing it just a little bit.”

“What [President Trump] is coming out with is very special. And I promise you… this will knock your socks off,” Miller declared. Video Below

Former President Donald Trump "is developing his own social media program – something very special is coming."@JasonMillerinDC says "this summer is realistic – at the very short end, 4-6 weeks." https://t.co/VlT7z8v2lm pic.twitter.com/cdEEoGTgQr