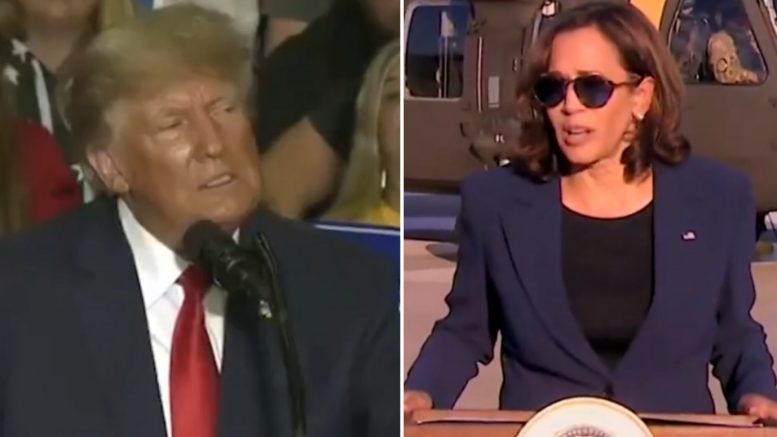 45th President Donald Trump slammed Kamala Harris at his “Save America Rally” in Warren, MI on Saturday over a gaffe that the Democrat politician made earlier in the week from Korea’s Demilitarized Zone that attempted to reassert America’s commitment to the security of South Korea.

“The United States shares a very important relationship, which is an alliance with the Republic of North Korea,” Harris said, intending to refer to South Korea as she kicked off remarks after touring the DMZ. “It is an alliance that is strong and enduring.”

Kamala finally goes to the border to celebrate our alliance with the republic of North Korea pic.twitter.com/f58IetIgvS

In reaction, Trump told his Michigan supporters at his Michigan rally that Kamala is a “North Korea sympathizer” and declared that her latest gaffe was “one of the worst mistakes of all.”

Trump rips "North Korea sympathizer" Kamala Harris after the VP's gaffe mistakenly referring to the country as a U.S. ally.

Lara Trump On The Prospect Of An Emergency Audit: “If There’s Ever A Year That We Need To Get This Right, It’s Now”