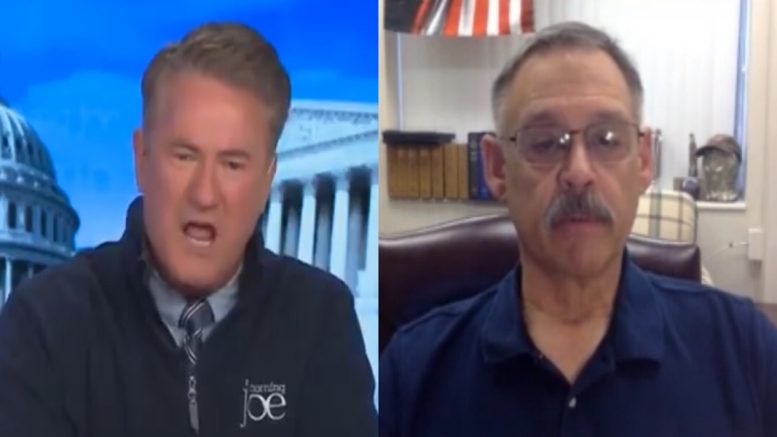 MSNBC host Joe Scarborough told Donald Trump supporters who continue to believe the 2020 November general election was stolen, to “get the hell out” of the United States, claiming they are “unworthy” of living in the country.

“America, love it or leave it! If you don’t have respect in American democracy anymore, if you don’t respect Madisonian checks and balances if your guy doesn’t win, if that’s the new rules of engagement for this great republic, then just leave our country! Because you’re unworthy of it!” Scarborough said, venting his irritation.

The Arizona Audit has caused @JoeNBC to…. well, see for yourself.

He wondered: “Who is this guy to tell the people who have laid it all the line … who is this know-nothing, to immune these men and women … who are involved in doing the audit work– veterans.”

“This guy is an embarrassment to the United States of America. If anybody should go some place, I would expect he would go to Canada. … This is absolutely disgusting,” Finchem added during an interview Friday on “War Room Pandemic”. Video Below

Finchem also said of the Maricopa County audit, “I think they are scared to death of the actual, physical ballot count. I think we have what it is that most terrifies them and that is the physical ballot count number when it’s ultimately done compared to what Dominion put on their machines. That is going to be the telling piece.”