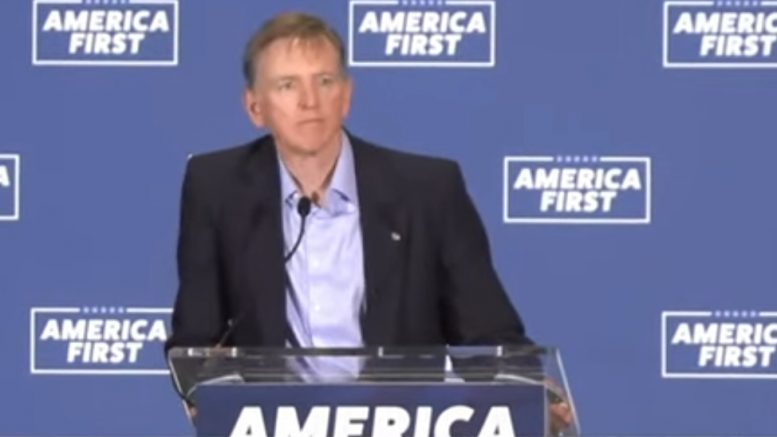 Congressman Paul Gosar (R-AZ) drew gasps from the crowd at Friday’s America First rally in Mesa, Arizona when he disclosed information that he purportedly received from sources in the Securities Exchange and military fraud departments that suggest up to 700,000 ballots were altered in the Copper State during the 2020 election.

“Go on the offense. When someone says ‘There wasn’t fraud,’ give it to them. Have those facts,” Rep. Gosar urged the rally audience.

Related Article: Mike Lindell Claims Trump Won Maricopa County By 80,000 Votes & Other ‘Audits’ Are Already ‘Going Around’ In Other States

Then after divulging some statistics indicating possible mass fraud in Maricopa County, Rep. Gosar revealed, “People that were coming to me from the Securities Exchange fraud departments and from the military fraud [department] estimate that between 400,000 and 700,000 ballots were altered in the state of Arizona.”

“But you know, the thing about it is we want the truth. The problem is they can’t take the truth!” he exclaimed as the crowd erupted into applause.

Jenna Ellis Reacts After The Supreme Court Rejects Texas Case: “This Is A Moral Failure Across All Three Branches So Far, Of Government”