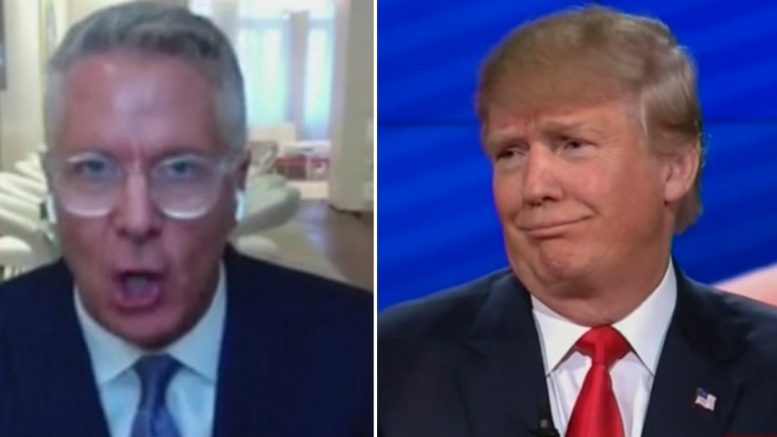 Appearing on Friday’s airing of Morning Joe political analyst Donny Deutsch is predicting that former President Donald Trump “will be indicted” before the 2024 election.

While the far left commentator couldn’t name the crime Trump is guilty of, he went on to claim that the former president is “unelectable” and suggested Republicans are “fools” & “losers” to think otherwise.

Related Article: Kimberly Guilfoyle: “A Republican — Perhaps Even President Trump — Is Going to Win the White House Back in 2024”

“Donald Trump is unelectable. You are fools,” Deutsch said in direction of Republicans.

“Forget right and wrong, you are losers with Donald Trump. Get that in your thick, dumb skulls,” he added.