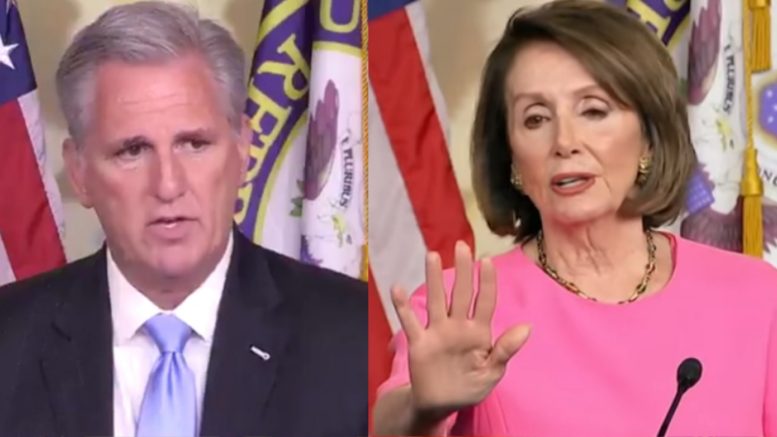 Congressman Kevin McCarthy has not been impressed with how his colleagues on the other side of the aisle have handled taking back control of the House.

In their first five months in power, House Democrats have shown that they would rather investigate and attack President Trump, his associates and his policies rather than work with Republicans to pass meaningful legislation.

McCarthy said, “When Republicans won the House in 2010, the very first thing we did was take turns reading the Constitution out loud in the House chamber.”

Related Article: Laura Ingraham Roasts Nancy Pelosi: ‘The Queen Of San Francisco Has Picked Up Where The Deep State Left Off’

He then added, “Do you know what Democrats did now that they’re in power? They didn’t read the Constitution. Instead, last week they took turns reading the Mueller report out loud. That tells you the difference between us.” See Below

McCarthy recently paid his respects to veterans who “paid the ultimate price” protecting the freedom of Americans. Here are some pictures he shared:

In ending, here is video of McCarthy’s  speech regarding Memorial Day, where he reminds Americans what it is really all about.