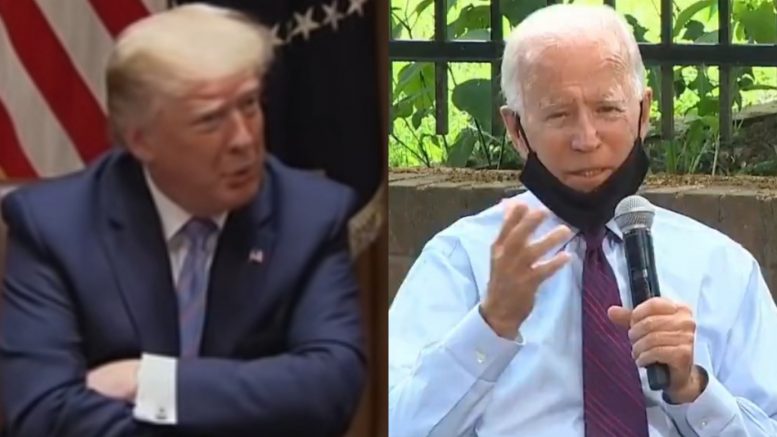 Biden’s gaffe occurred when he was speaking to supporters during an event over health care in Lancaster, Pennsylvania.

“What people drastically underestimate is the impact on the medical health of people who, now, everything is complicated,” Joe Biden said. “Not only is the healthcare piece, but people don’t have a job, people don’t have anywhere to go. They don’t know what they’re going to do.”

“You have, unnecessarily, now we have over 120 million dead from COVID,” Biden claimed, just before the video froze up.

Biden’s image froze for over a minute, then the feed cut to a placeholder screen for the broadcaster, then resumed at a different venue for a prepared speech. It is unclear what, if any, correction Biden made for the inaccurate statistics, Breitbart reported.

To date, the United States has approximately 2.45 million confirmed coronavirus cases and 124,000 deaths, along with 760,000 recoveries, according to Google. Worldwide, nearly 9.5 million cases have been confirmed and 484,000 deaths, while 4.78 million have recovered.

President Trump issued a response later on Thursday evening, where he called out the media for under-reporting the major gaffe from Biden, that he said was “mortifyingly stupid.”

“If I ever said something so mortifyingly stupid, the Fake News Media would come down on me with a vengeance. This is beyond a normal mistake,” Trump tweeted. “Why isn’t the media reporting it?”