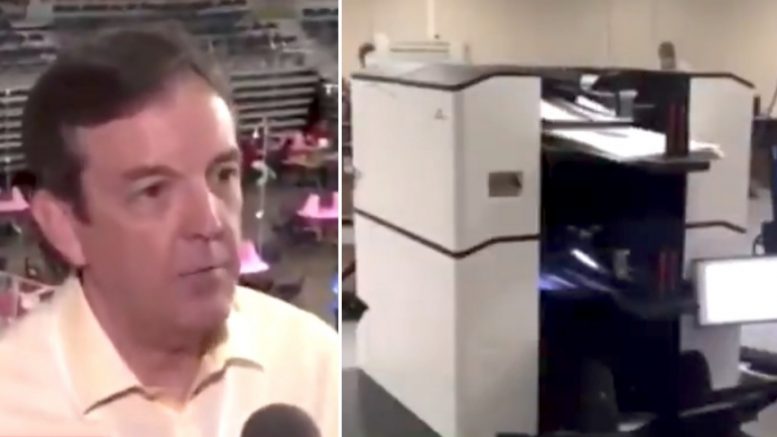 New information coming out from the forensic audit in Arizona suggests Maricopa County election officials did not have full control of the Dominion voting machines during the 2020 election.

In an interview with One America News, Arizona Senate spokesman Ken Bennett said Maricopa County officials could not provide the highest level password to unlock administrative functions on ballot image scanners because “only Dominion” has such accessibility.

“They’ve given us some preliminary passwords that our IT company used to get into the machines. But then they ran into a second password that is required to get into the administrative functions of the ballot image scanners that are used out in the polling center locations — they’re called ICP’s in the Dominion system.

“But now Maricopa County has responded that they don’t have that second password to get into the administrative functions of the machines and only Dominion has that, which is kind of stunning to us that Maricopa County doesn’t have complete access to those election machines.

“They’ve also told us that they now can’t — as they promised a couple weeks ago — provide our subcontractors with the virtual access to the routers and hubs and other things at the MCTEC Maricopa County Tabulation and Election Center.” Video Below

Maricopa county was forced to admit they had no control over dominion voting machines during the election. Yes a private company has more control over our election then county officials. pic.twitter.com/lzdLgSjJ2E