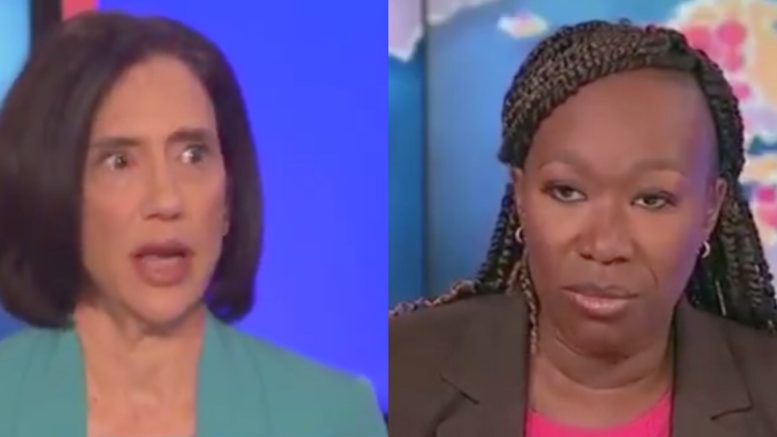 On Sunday, Washington Post writer Jennifer Rubin suggested that Republicans are more at risk of getting the coronavirus than Democrats because conservative outlets have downplayed the threat.

Rubin made the claim during a segment on MSNBC’s “AM Joy”, alleging that Democrats were faster to take precautionary measures.

“There is a particular cruelty irony that it is their core viewers, the Republican older viewers, … who are the most at risk,” Jennifer Rubin said. “When you think about it, which party immediately canceled all of their rallies?”

“So, I hate to put it this way, but there will be less Democrat deaths because there will be less mass gatherings, there will be less opportunities for people to congregate and share this horrible disease. So it is really a very short-sighted strategy,” Rubin claimed. “But now, I think the name of the game is how do they get back onto planet earth?”

“And part of the way that I think that they are doing it is down the memory hole. He jumped right on this right away because of all this planning that we’re doing so well, which is head-spinning for the rest of us who watched him for weeks say this was a hoax. But this is how they do it at Fox News. Suddenly, he’s been the most pro-active president… The toughest on it,” she said.

President Trump declared a national emergency on Friday, freeing up funds and resources to mitigate the spread of the coronavirus.

“To unleash the full power of the federal government, I’m officially declaring a national emergency– two very big words,” the president said during a news conference in the White House Rose Garden. “We will overcome the threat of the virus.” (Video Below)

Jennifer Rubin says that more Republicans will die of coronavirus than Democrats because President Trump and right-wing media have downplayed the threat pic.twitter.com/wmzMMPc3qZ

Dan Bongino responded to Rubin’s comments saying, “The stupid is strong with this one”.

The stupid is strong with this one 👇🏻 https://t.co/rJQ7HDfBxl

Here’s the other virus raging beneath the radar while the #CoronaVirus gets all the attention: the pandemic of stupidity. #FakeNewsVirus https://t.co/QvLgDINcVt

This is ghoulish and craven, even by Jennifer Rubin standards. Why does anyone feel the agency to politicize pain and possible death? It is GODLESS. https://t.co/q9cp7oQn5V