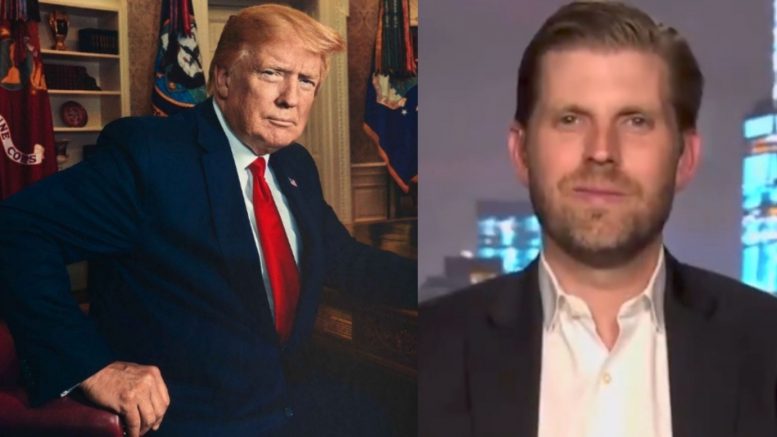 Former President Donald Trump’s son, Eric Trump, reacted to remarks that his father purportedly made in an interview with Candace Owens.

“As you know, it’s very early. But I think people are going to be very, very happy when I make a certain announcement,” Trump is quoted to have told Owens.

In a interview with @RealCandaceO President Trump says he thinks his supporters will be very very happy about his 2024 decision pic.twitter.com/vyPL1eUrrq

.@EricTrump says there was a lot of problems with the voting system in 2020. There’s no way that a President that only get 11 million views when he addresses Congress got 14 million more votes than Barack Obama. pic.twitter.com/7QWvsnQMMH

.@EricTrump thinks 2022 will be an absolute bloodbath for Democrats. pic.twitter.com/SoO014CBCK

While Facing Her Father, Sarah Sanders Unveils The Plan To Keep Reporters’ Conduct In Check