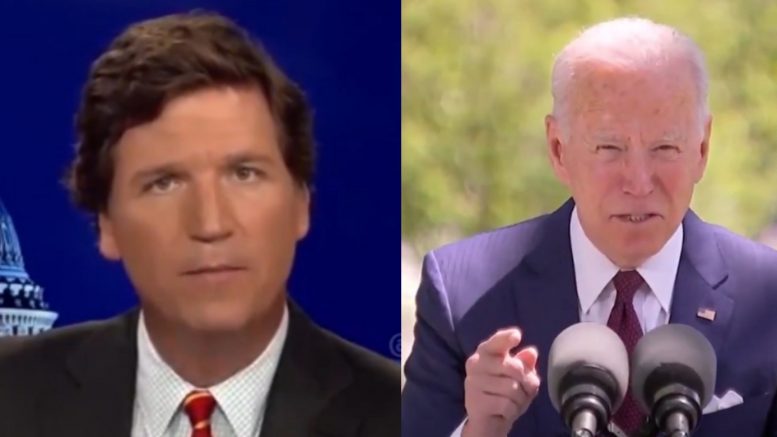 Tucker Carlson announced that his program on Fox News will no longer will be referring to the White House and “the entire executive branch of government’ as the ‘Biden Administration’.

He explained why during a recent airing of Tucker Carlson Tonight.

“This show, in the interest of accuracy, will seize referring to the White House or anything associated with it — the entire executive branch of government — as the ‘Biden Administration’. And the reason we’re changing is not to make a statement, but merely to reflect reality.

“Joe Biden — whatever his merits as a human being — has no active role in running the U.S. government. Everyone knows that. Everyone pretends otherwise,  but it’s true.

In ending, here is Donald Trump Jr.’s reaction to Biden suggesting on Thursday that he’s “going to be in trouble” for answering to many questions from reporters:

“I’m sorry, this is the last question I will take. Then, I’m really going to be in trouble."

Are we still pretending this is the guy in charge? Who will the “leader” of the free world be in trouble with? Kamala? Xi???pic.twitter.com/0TDe8R6f9E