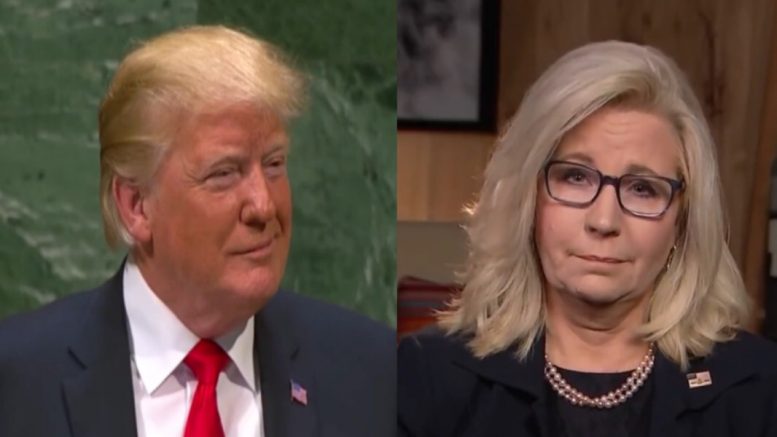 Cheney, in her concession speech, claimed that her political work isn’t done yet and appeared to compare herself to President Abraham Lincoln. “The great and original champion of our party, Abraham Lincoln, was defeated in elections for the Senate and the House before he won the most important election of all. Lincoln ultimately prevailed, he saved our Union and he defined our obligation as Americans for all of history,” she said.

Cheney made a more direct indication over the possibility of running for the White House on Wednesday morning during an NBC “Today” interview.

Meanwhile, Trump took a victory lap as Cheney was defeated on Tuesday night, calling Harriet Hageman’s win “great and very decisive.” On Wednesday, he also suggested in a post on Truth Social that Cheney is “too angry and sick to succeed in the future”, adding, “but who knows!”

“The Fake News Media is claiming that Liz Cheney has such a ‘wonderful and bright’ political future. Maybe they didn’t notice that she lost by nearly 40 points? She’s too angry and sick to succeed in the future, but who knows!” he wrote on his social media platform. 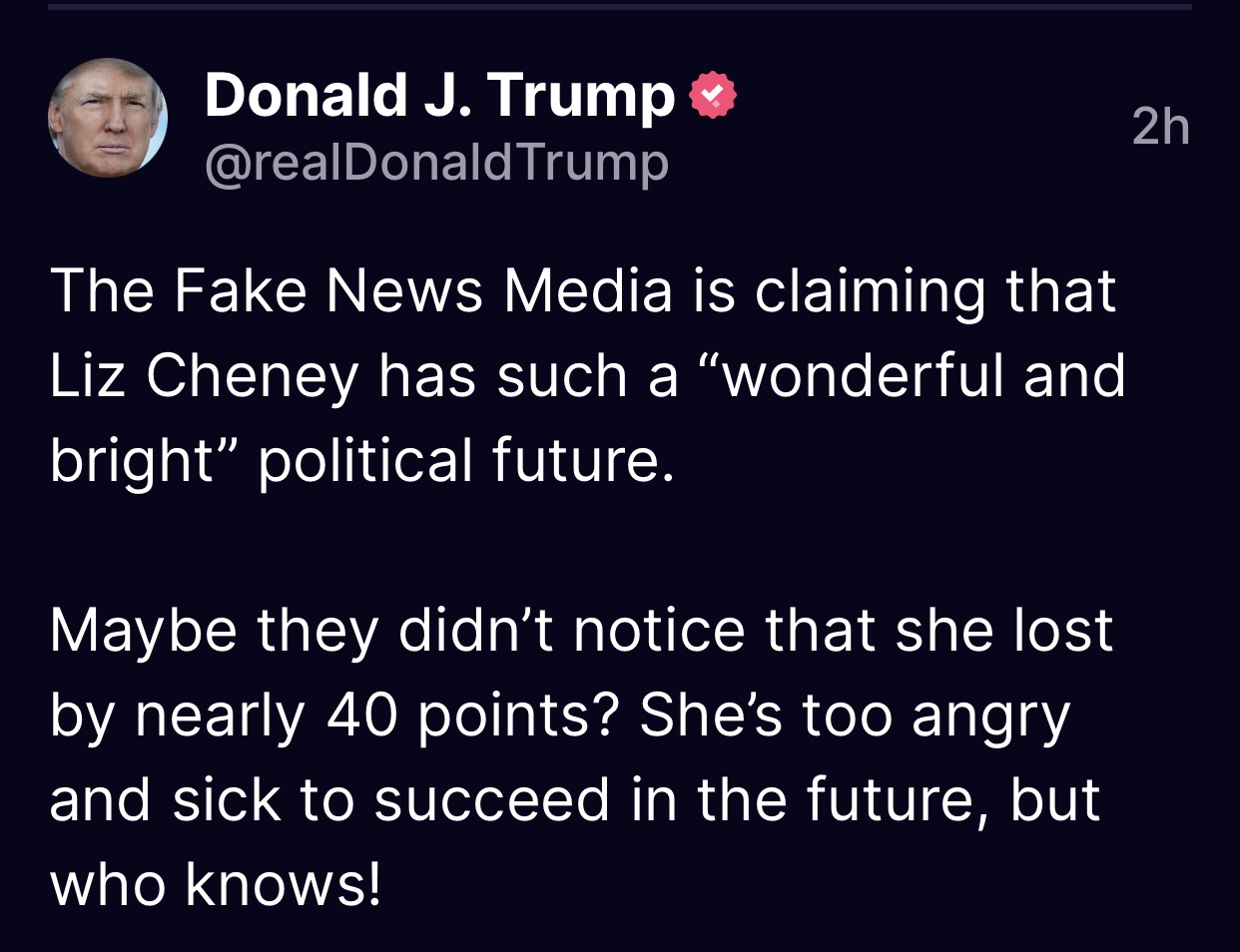