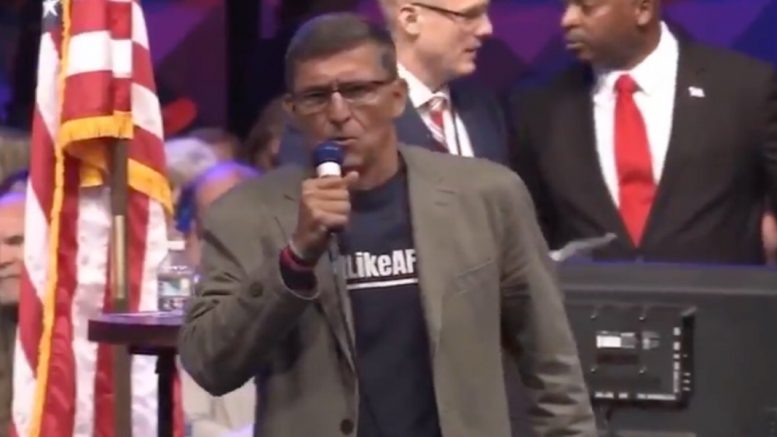 During his remarks, Flynn weighed in on the prospects of politicians who may run for president in 2024, telling the audience, “Don’t give them the time of day. Don’t give them a dime”.

“We have a president. … That’s exactly right,” General Michael Flynn declared of the 45th President, prompting the audience to cheer and chant “Trump!” and “USA!”

Lt. General Michael Flynn at the Health and Freedom conference.

“We have a President…” pic.twitter.com/4xpF40uH9o

More of General Michael Flynn’s remarks can be heard on the video below: