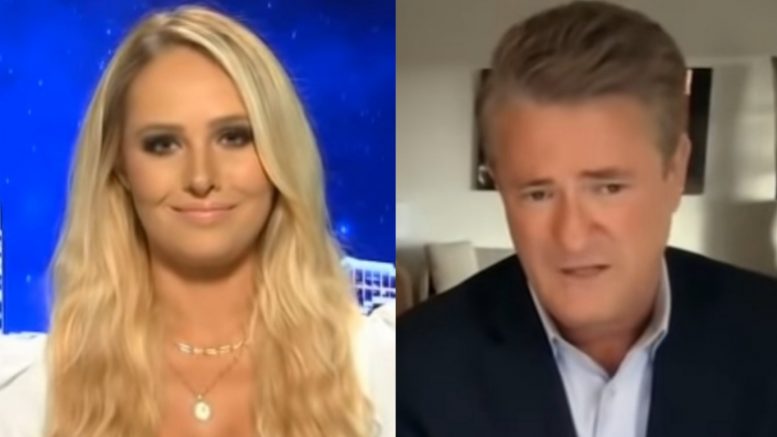 Tomi Lahren fired back at MSNBC’s Joe Scarborough after he suggested Trump supporters are “increasingly dumb.”

Appearing on The Late Show with Stephen Colbert, Scarborough claimed Biden is “a lot like Reagan, who is having “extraordinary success” as president thus far, while Mike Brzezski said Biden has done a “remarkable job.”

In response, Tomi Lahren stated as follows during Saturday’s broadcast of Justice With Judge Jeanine:

“I mean, look at it! At every instance he is failing! Gas prices going up, we’ve got tax increases on the way. We’ve got children that are still not back at in-person learning. We’ve got a crisis at the border. I mean, this man is failing on every turn, in every possible capacity and way, and these people want us to believe that he’s doing a great job — that he’s Ronald Reagan-esque? Like I said, either they’re stupid or they think we’re stupid. But sadly for them, we are not.” Video Below

.@TheLeoTerrell and @TomiLahren joined me to expose the week’s most outrageous examples of media bias, take a look! pic.twitter.com/D9VEdM7Ry4