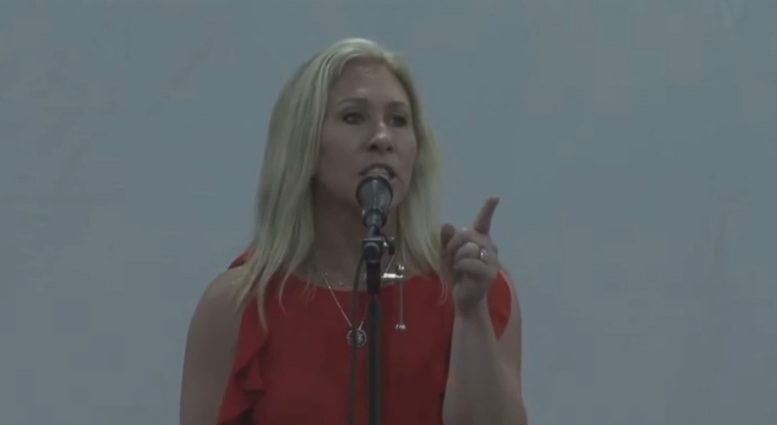 Rep. Greene, who headlined the rally, drew cheers from the crowd when she suggested that the 2020 election is “not over.

“No matter how upset you are about the presidential election and no matter what you’re seeing in the news and if you feel hopeless, here’s what you need to know: It’s not over,” Greene said.

“You want to know why? I’m there. And guess what else? This is bigger. All of you are here,” she added, according to TCPalm.com.

Rep. Greene’s remarks come as an independent auditing firm is in the process of hand counting and forensically auditing over 2.1 million ballots cast in Maricopa County during the 2020 presidential contest, a process that Democrats are actively trying to prevent from happening.

Prior to speaking at the America First Rally, Greene reacted a statement released by President Donald Trump in response to the unprecedented Maricopa  County audit.

We leave you with that tweet as well as a look at the rally crowd cheering her on:

The people have every right to demand transparency in elections and every single part of the government!

The people are the tax payers.

They pay for the elections.

They pay for everything in government.

If there is nothing to hide, why worry about audits? pic.twitter.com/qHAiSz6X6C