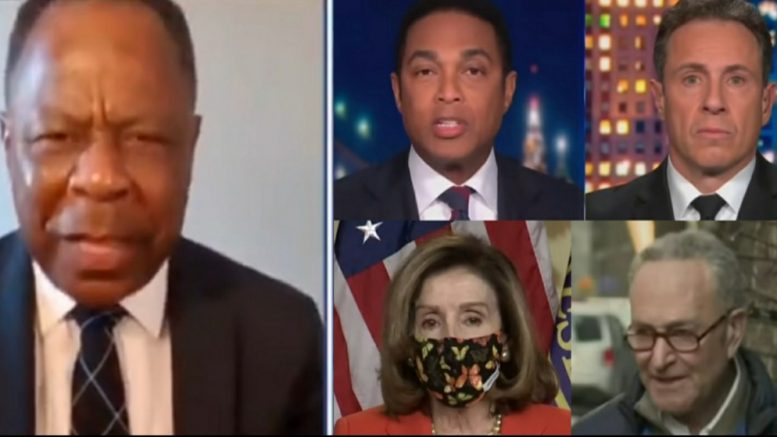 On Friday, Civil rights attorney Leo Terrell blasted Democrats over their ongoing “racist poicies,” which he claims is the reason behind why he left the Democrat Party to begin with.

Mr. Terrell — who was a lifelong Democrat before switching to Republican in the 2020 election — indicated how big of a turn off it is for him and other Black Americans that Democrats have no other card to play than the “race card 24/7.”

He then applied it to what has transpired since unrest broke out at the Capitol building two Wednesdays ago, where Democrats and the media have consistently tried to blame the riot on white supremacism, Nazism and, of course, President Trump just as they always have.

Related Article: Leo Terrell: People Will Continue To Support Donald J. Trump Because Of What He Has Done For This Country The Last 4 Years

“Now think about this, everyone who supported Donald J. Trump ‘is a member of the Klan’ or is associated with Nazis. Donald Trump, at large, is the minority base of the Republican Party! He made the Republican Party more appealable to Blacks! And Vernon [Jones] and I are two examples of that,” Leo said.

“And what bothers me is this, is that the media drinks this Kool-Aid — it is a false narrative, but it is the only card they play. And what’s been played the last seven days is racism, racism, white supremacism, Nazism,” he added.

“I’m glad to be a Republican — a Trump Republican,” Mr. Terrell concluded. Video Below