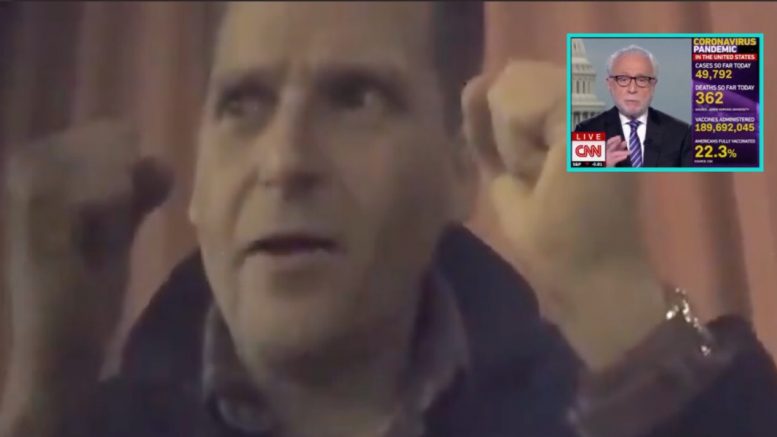 Project Veritas released a video on Wednesday, showing CNN technical director Charlie Chester admitting that his network allegedly hyped up COVID to drive ratings, and he also appeared hopeful at the prospect of more people dying, so the COVID death toll displayed on the screen for CNN viewers, would be “higher”.

“COVID? Gangbusters with ratings, right? Which is why we constantly have the [COVID] death toll on the side [of the screen]”, Chester is heard saying in the video.

“It’s fear. Fear really drives numbers. Fear is the thing that keeps you tuned in. … If it bleeds, it leads. … No one ever says those things out loud, but it’s obvious,” he confessed.

He also admitted that he “has a major problem with how we’re tallying how many people die everyday,” adding, “I’ve even looked at it and be like, look at it like, let’s make it higher. Like why isn’t it high enough, you know, today? Like it would make our point better if it was higher”.

“And I’m like, what am I f**king rallying for? That’s a problem that we’re doing that. You know? … The head of the network being like, ‘…Put the numbers back up, because that’s the most enticing thing that we had. So put it [COVID numbers] back up.’ So things like that are constantly talked about,” Chester said. Continued Below

(Related: Don Jr. Reacts As CNN Director Is Caught On Camera Admitting 2020’s News Focus Was ‘To Get Trump Out Of Office’)

Chester also confessed, “I mean, there’s no such thing as unbiased news. It just doesn’t exist. … Any reporter on CNN, what they’re actually doing is they’re telling the person what to say.”

“It’s always like them leading them in a direction before they even open their mouths. And the only people that we will let on the air, for the most part, are people that have a proven track record of taking the bait,” he revealed. Video Below

The only two things they care about are electing Democrats and increasing their ratings so they get more ad revenue…And they have no qualms about using fear and propaganda to achieve those goals.#ExposeCNN https://t.co/j6wsUe9war