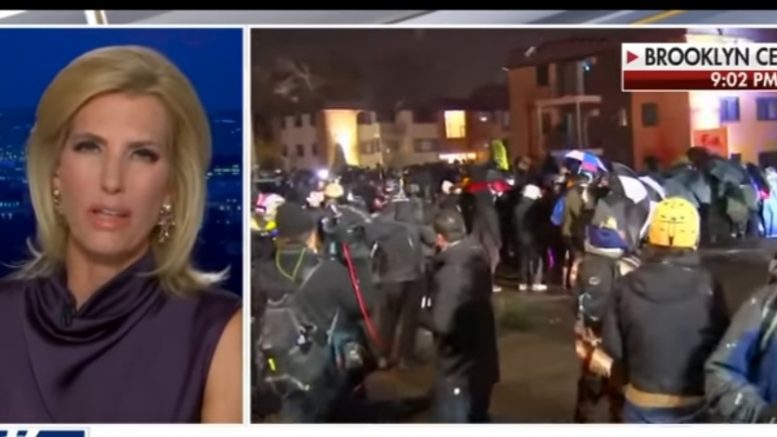 Fox reporter Mike Tobin told Laura Ingraham on Tuesday that several people who are now in Brooklyn Center to protest the death of Daunte Wright idententified themselves as ‘Antifa.’

“On Sunday night, it was all about the locals who are here — and they were genuine and they were angry,” Tobin reported. “As it goes on, you get more people coming from out of town. I had a lot of people, several people who I spoke with tonight who identified themselves as Antifa and angrily so.”